As adults, we talk (and often complain) a lot about the weather, so it’s important that our students have the understanding and knowledge to also discuss the four different seasons in their country. Exposing students to the concept of the seasons also contributes to their understanding of time and change. We’ve created some fun and exciting seasons activities that you can do with your students rain, hail or shine! 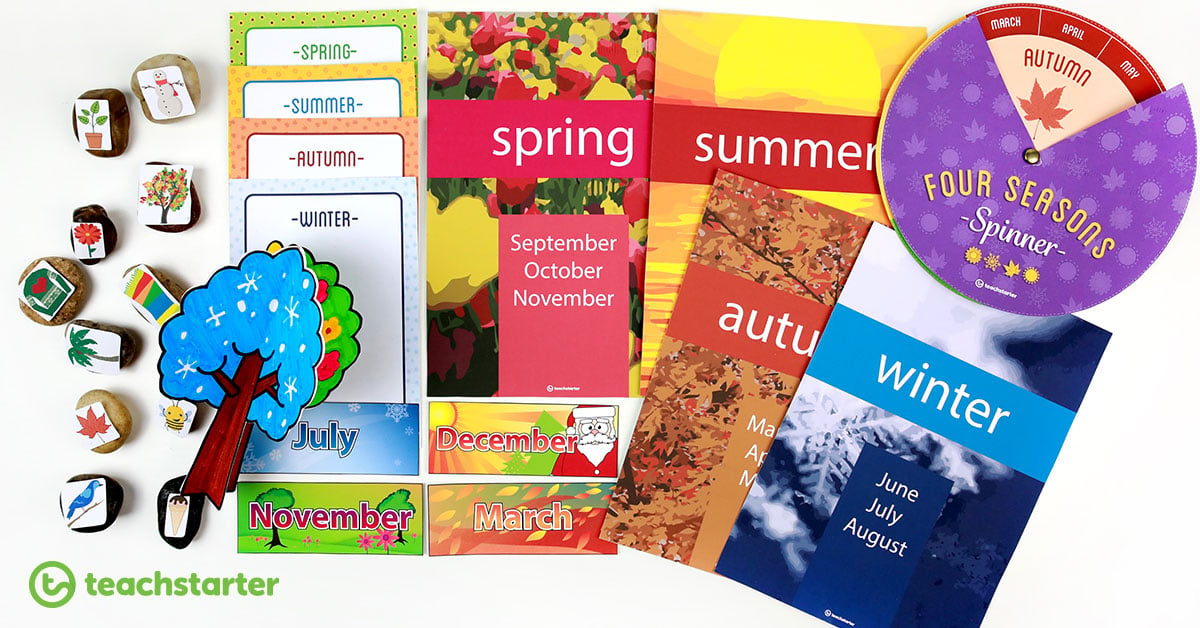 When teaching the seasons to kids, begin with exposing students to a number of visual images and videos about the different seasons. Talk about what you might wear or what you might do during each season. For example: during summer we may go to the beach and wear short-sleeved shirts and shorts.

This cute video talks about the different seasons in a cute way.

Children’s Story about the Seasons

The ABC Book of Seasons is a beautifully illustrated children’s book that celebrates each of the seasons – from the warmth of spring and summer to autumn’s red, yellow and brown leaves and winter’s rain and snow.

It’s a simple, yet engaging text where the images speak for themselves. This book is the perfect addition to any lessons about the seasons.

Seasons posters for the classroom are the perfect visual and addition to your classroom to help your students better understand when the seasons are and the different characteristics of each season. 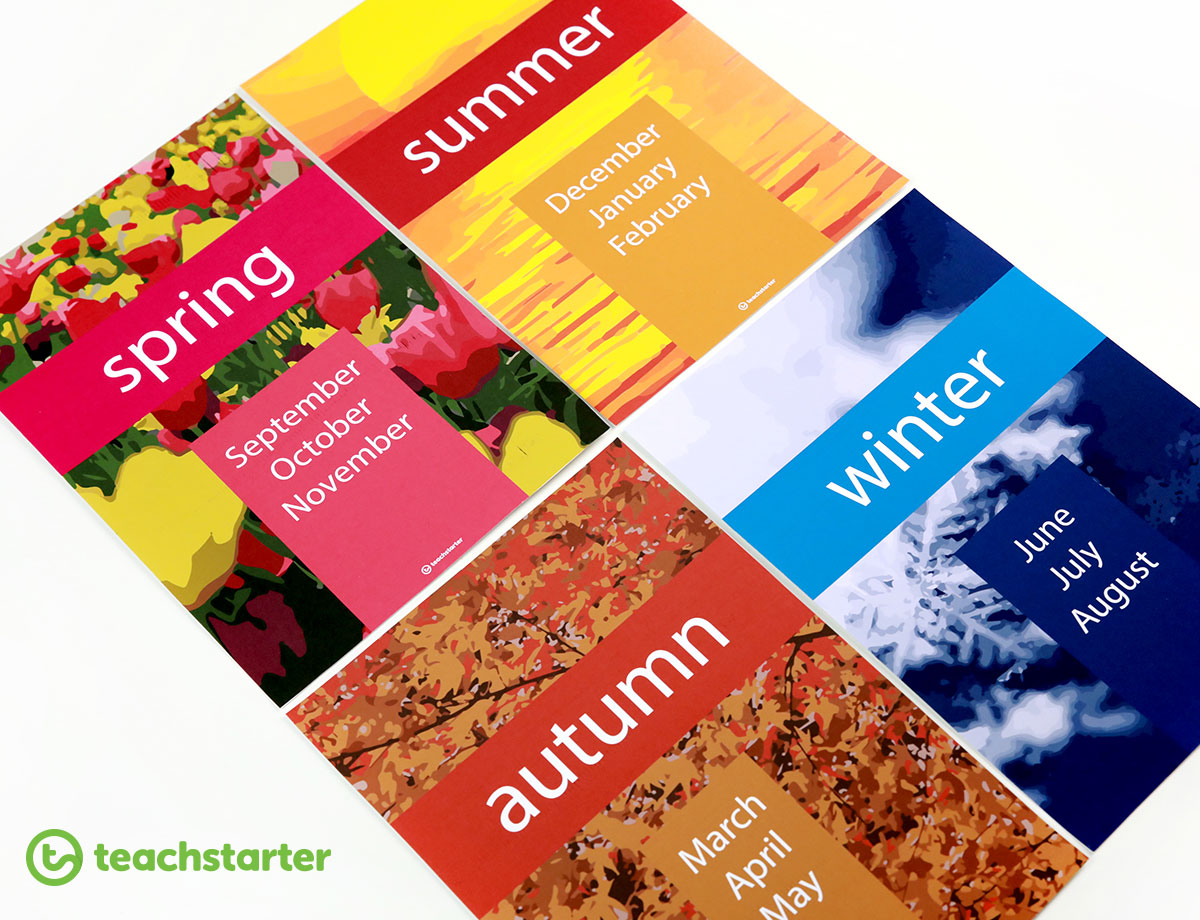 Along with books, videos and displays for your classroom, hands-on, engaging and fun seasons activities are the perfect way to consolidate your students’ knowledge of the different aspects that make up each of the four seasons. 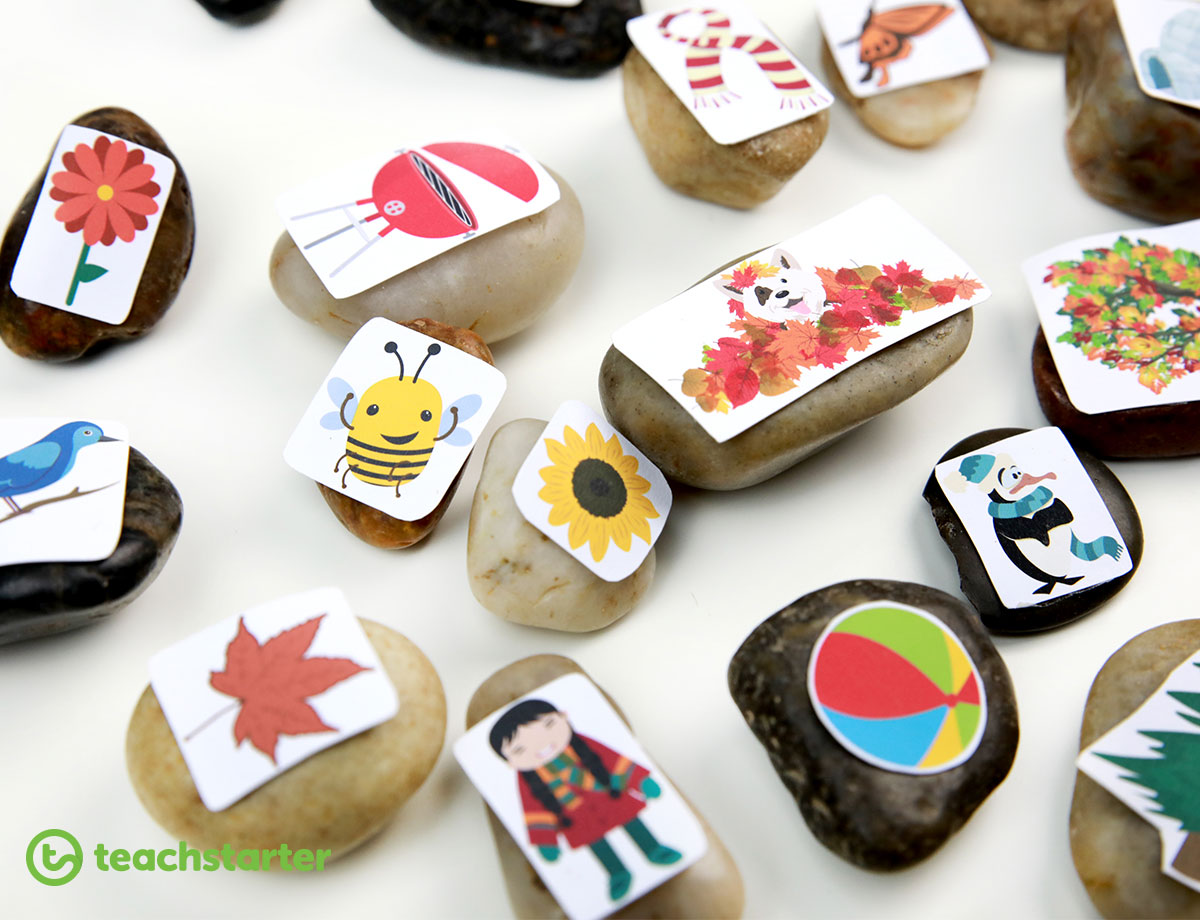 Use our seasons sorting activity in small groups with your students. We cut out the pictures and put them on rocks to add that textile element to this activity. However, the images laminated still serve the same purpose.

This activity can get tricky for kids, trying to work out where some of the pictures go. Although bees are more related to spring, they are still around at summer time. As a teacher, having these discussions is all part of the learning journey. If the students can explain why they have put certain images under certain seasons and it makes sense. That’s totally fine! 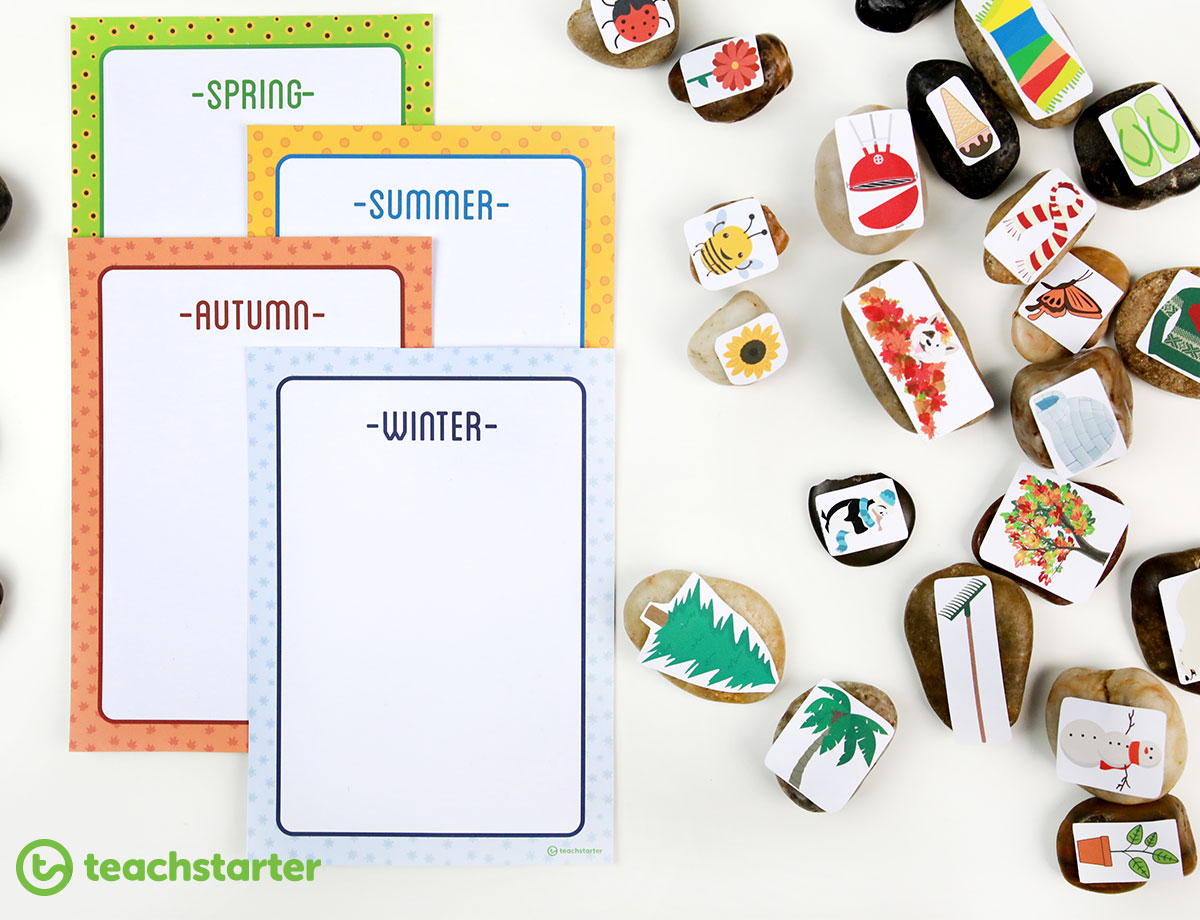 Months of the Year Sorting Activity

Although this resource is a poster, it is also a fantastic seasons sorting activity. Students sort the months of the year in order. The seasons are presented in the images on each of the little cards and create a fantastic visual for students to consolidate their knowledge of when certain seasons fall during the which months of the year. This seasons spinner is the perfect resource for students to create and refer to when learning about the different seasons. Print and laminate each circle and use a split pin through the middle of both circles to create a spinner.

Students can spin the top circle around to reveal three months and their corresponding season. A black and white version is also available to download where students can use the appropriate colours for each of the seasons. This is a fantastic hands-on seasons activity that students can do to display in your classroom when learning about the seasons.

How to use this resource: 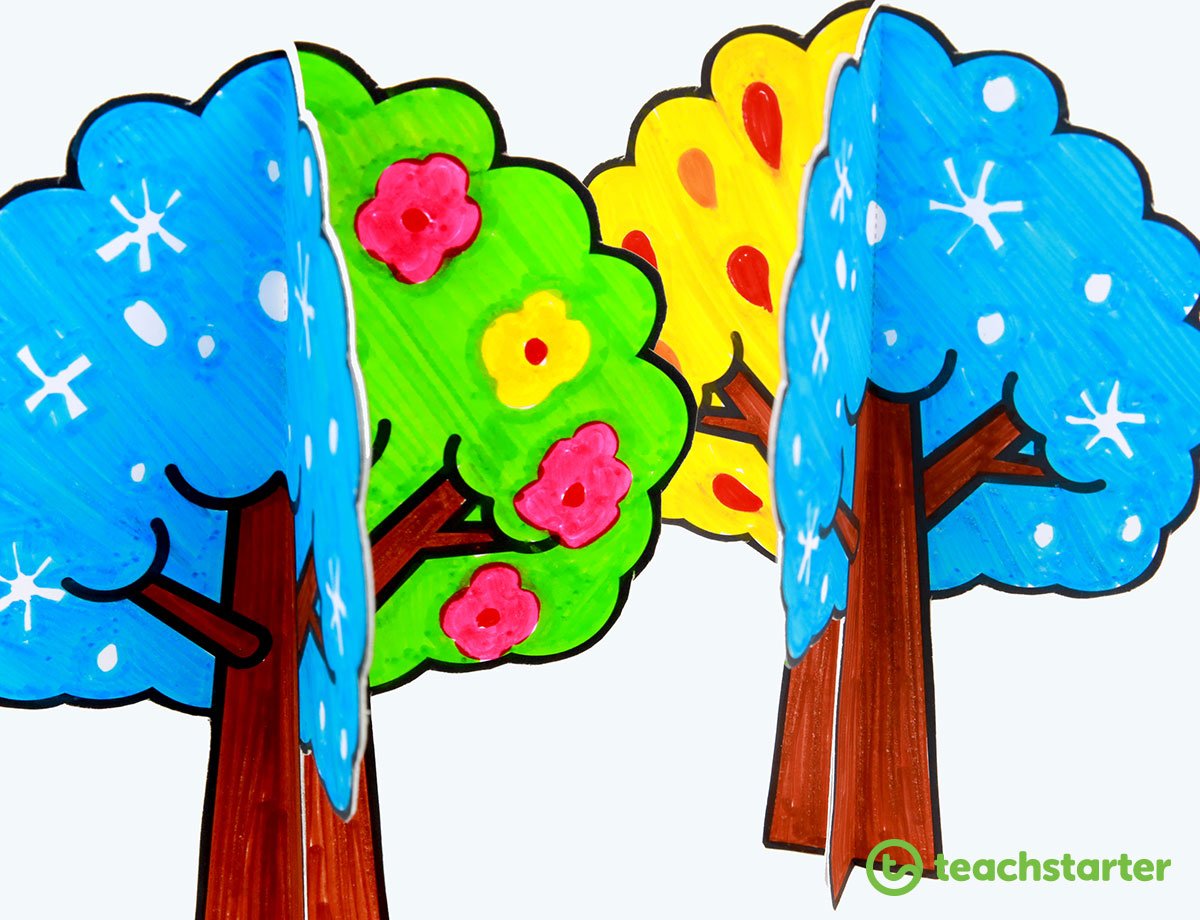 For more activities, check out our Seasons & Weather Learning Area.