Are your students frustrated with the concept of addition? Make addition fun in the classroom, or even at home, with these creative, easy and effective hands-on activities.

Using a deck of cards, this game can be played with 2-4 players. Each player picks up two cards, they then need to add the two numbers together and give the answer to the sum. If they get it right, they get to keep the cards. If they don’t, they have to put their cards back to the bottom of the pile. The student with the most cards at the end wins! Create an addition machine using a shoe box and two cups with the bottoms cut out. Students roll two dice and then use the machine to work out the answer by putting balls/counters through the cups to add the two numbers together. A great hands-on activity to consolidate the concept of simple addition. 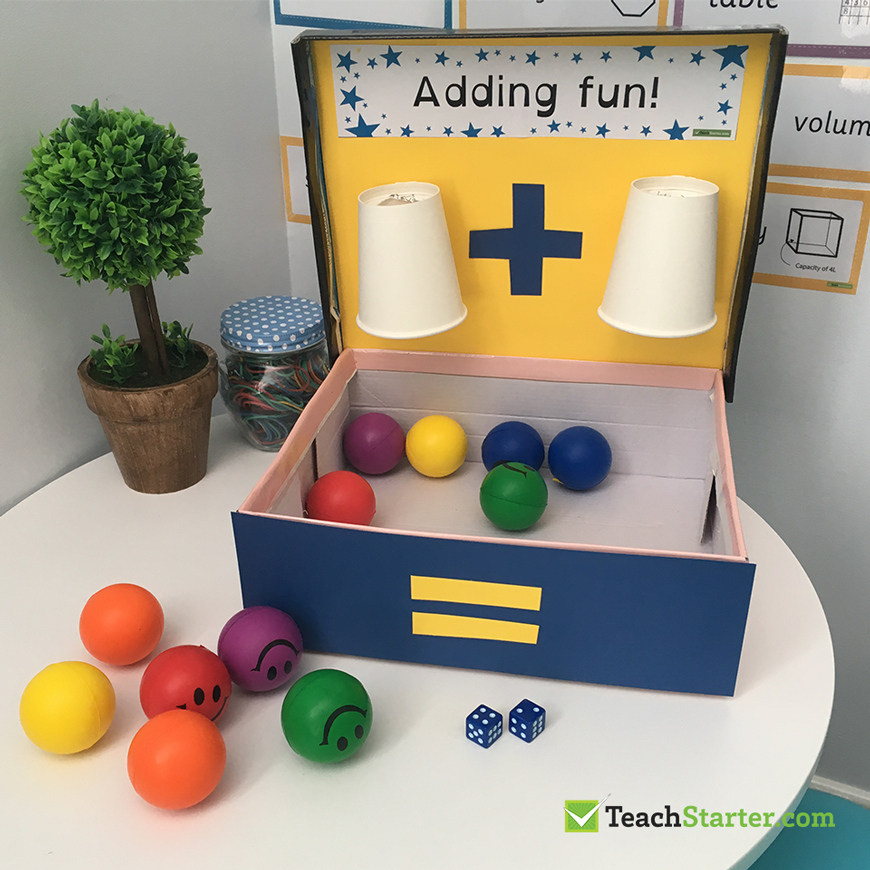 Using Jenga blocks, write simple addition sums on sticky labels and stick a variety sums to the end of each block. Played just like Jenga, however the students must work out the answer to the addition sum before they can attempt to remove the block. 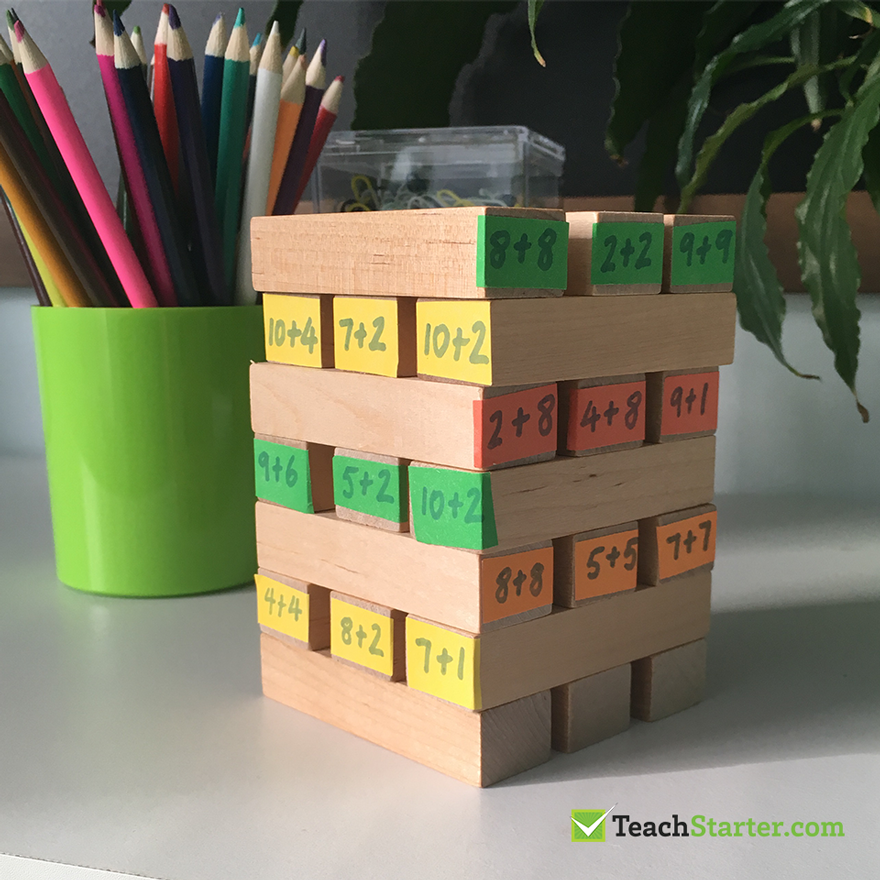 This activity can be varied to suit the resources you have available to you. We used a deck of cards, you could also use two dice depending on the skill level of your students. Students pull two cards from a deck of cards. They then thread the beads onto the pipe cleaner to show the two numbers. The students then have concrete objects to count to work out the answer to the number sentence. 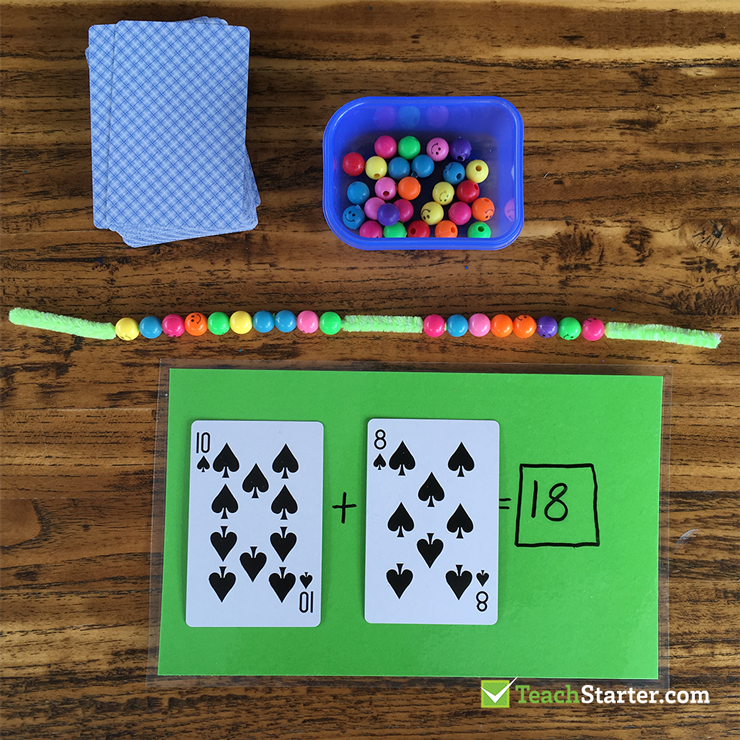 Another great hands-on activity to consolidate the concept of addition. Have students roll two dice and then place the pegs on the coat hanger to show the two numbers rolled. This provides them with concrete materials to then count the total. 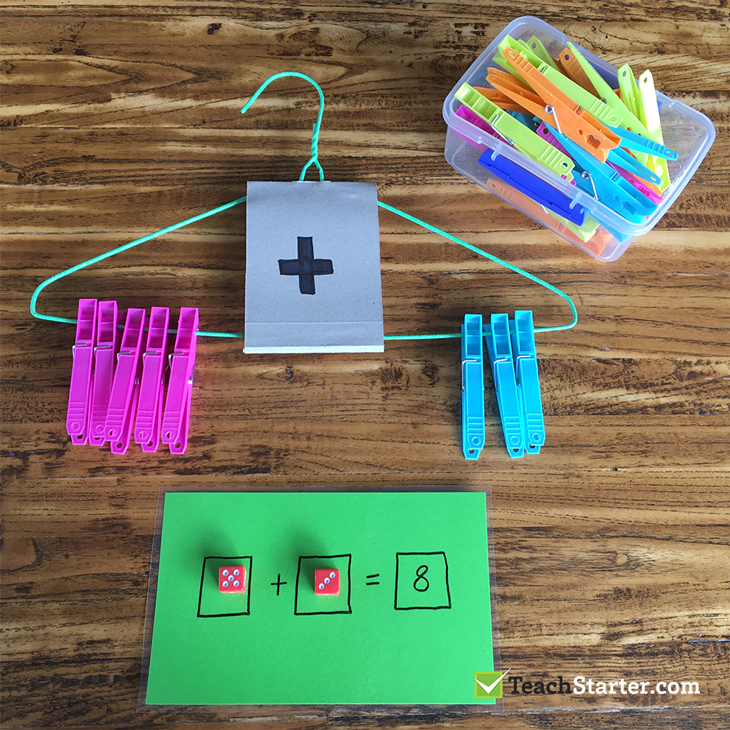 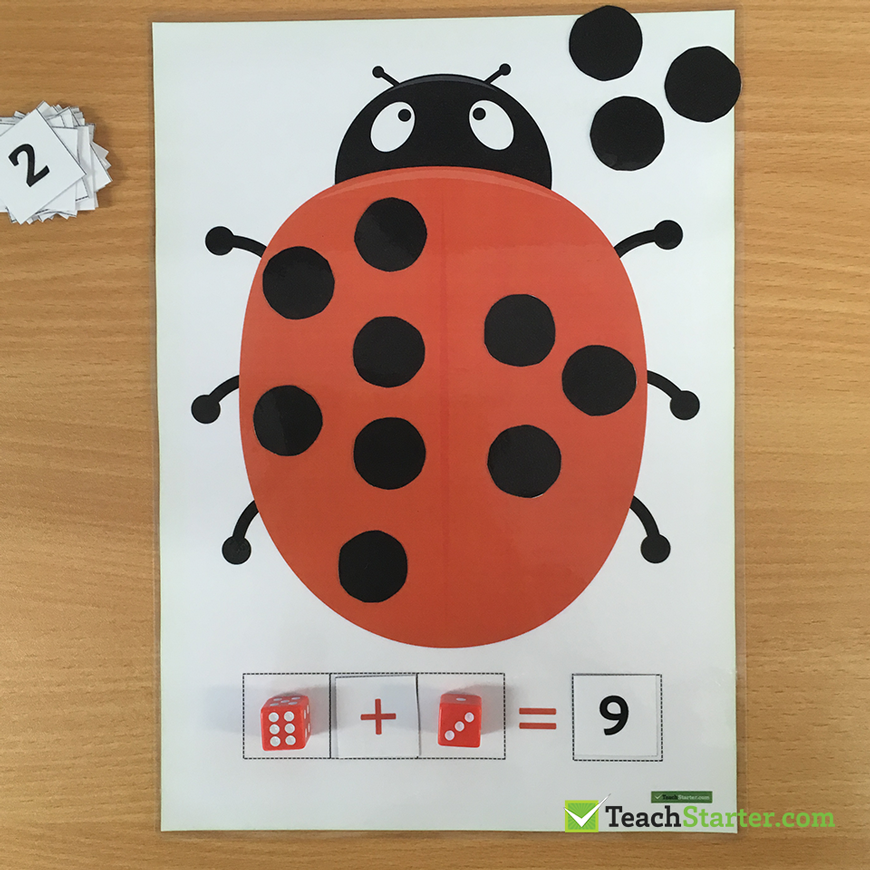 Print and laminate our cute owl addition flashcards for a number of games and activities. Have students play snap, memory or simply match up the number algorithm to its answer card. 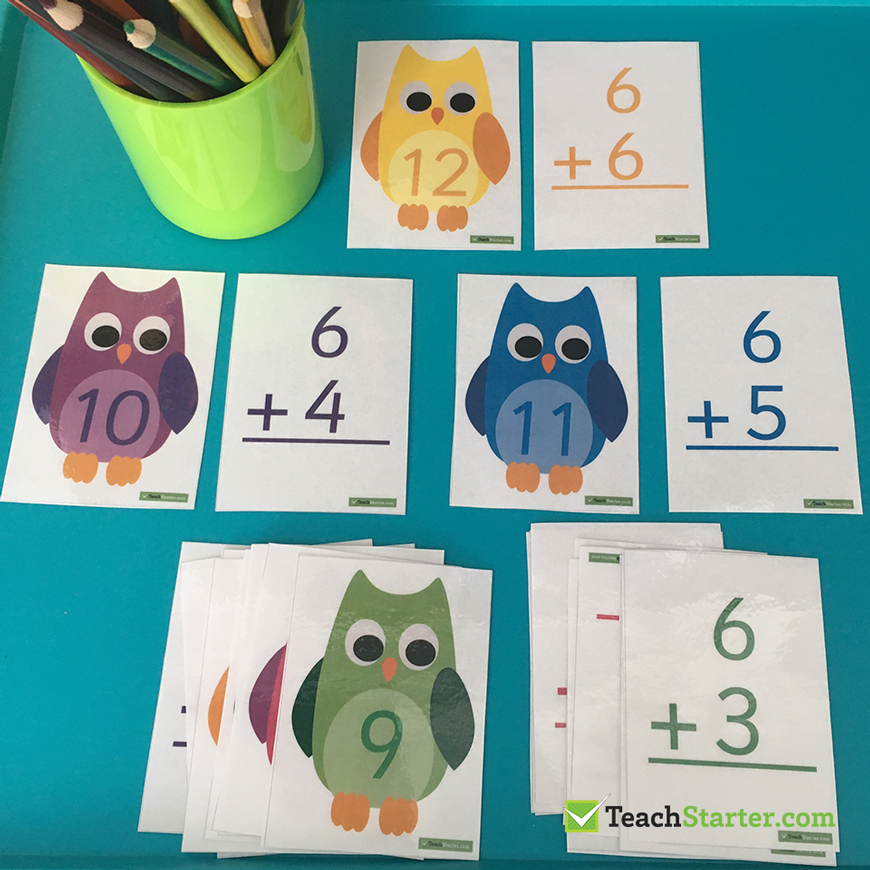 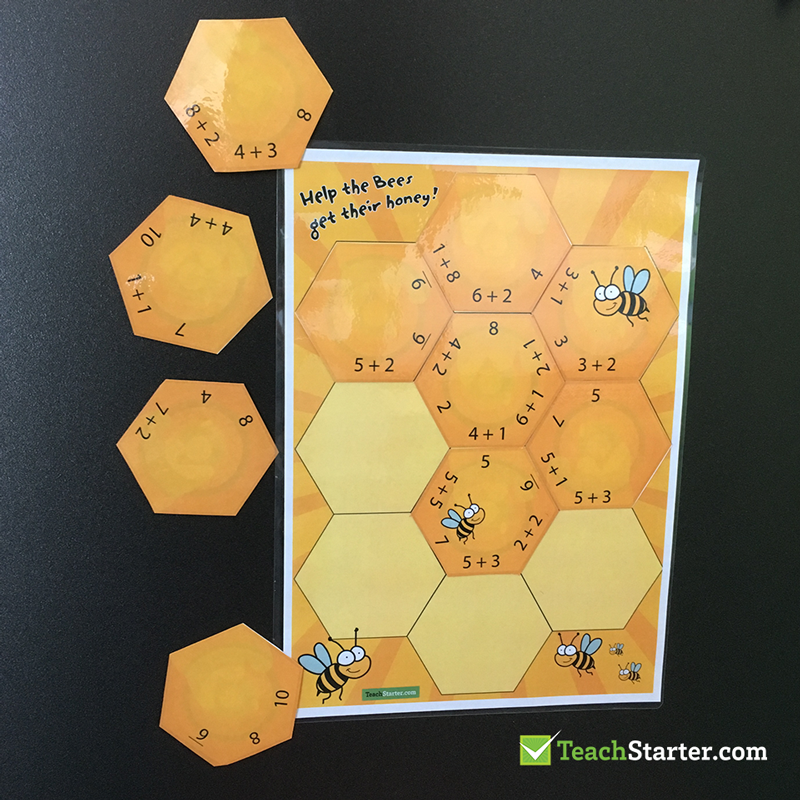 Using a beach ball, write simple addition sums on the ball. Students throw the ball to each other and pick a sum close to one of their hands to answer. As a fun alternative, play a class game of catch, time how long it takes for every student to catch and answer a sum. 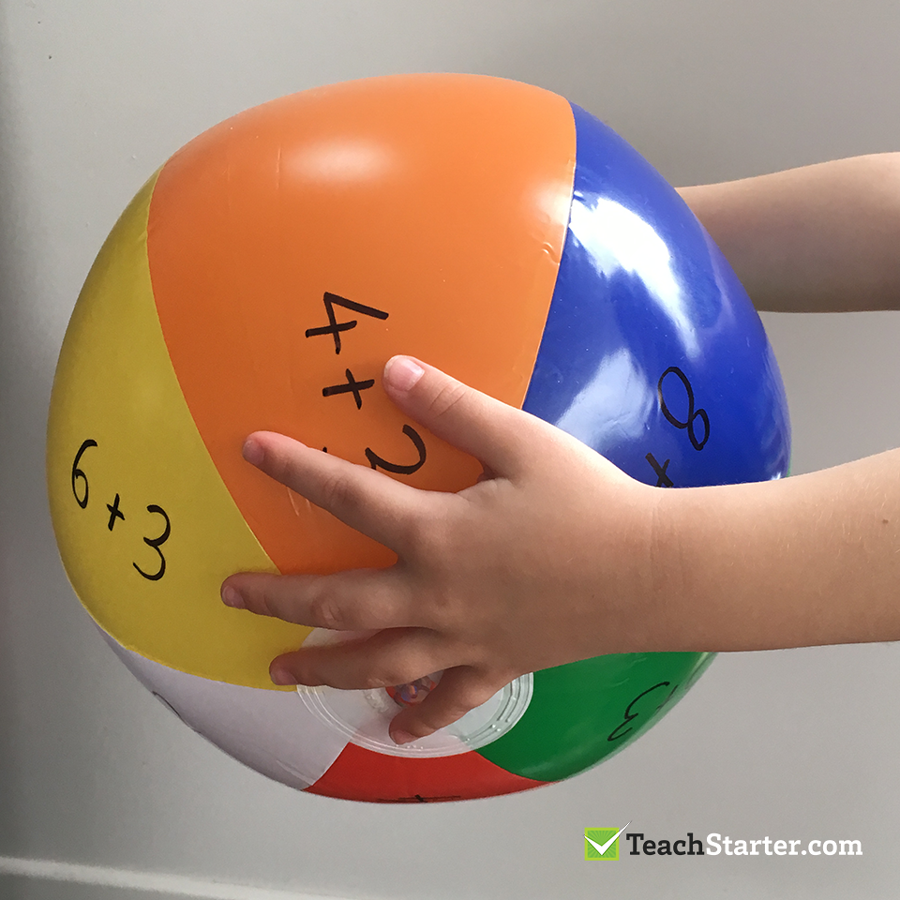 Using our tree adding activity, laminate and cut out the apples, number strip and number flash cards (if you don’t want to use dice). Students can roll two dice or pick two number cards to create a number sentence. They then place the apples on the tree to show the answer to the addition number sentence they have created. 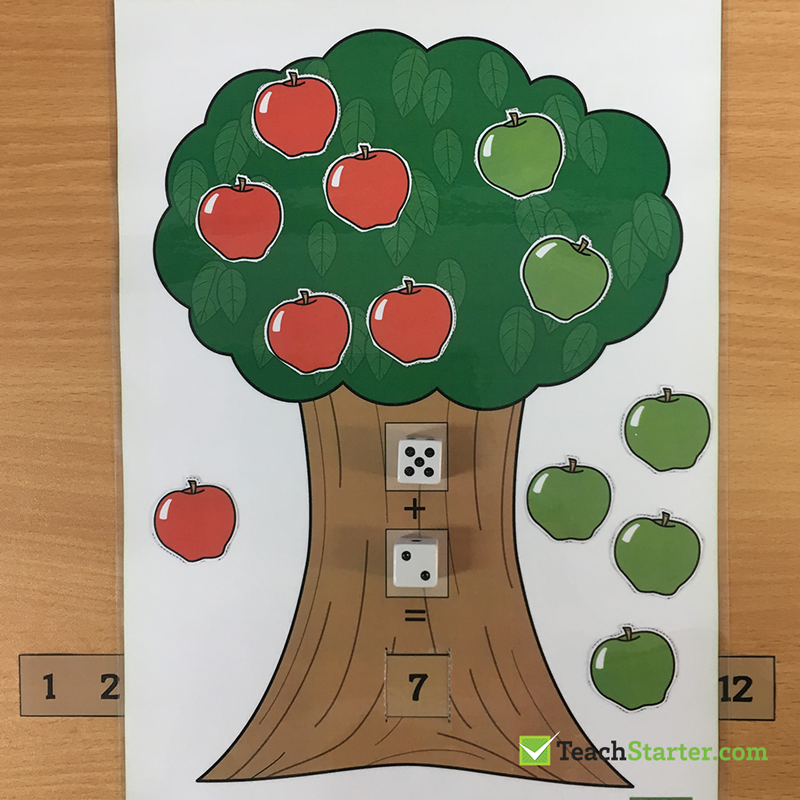