Kids love building bricks! It brings an element of fun to any learning concept! We have put together some of our most favourite classroom activities using building bricks.

Nifty tip: rather than writing on the bricks with permanent marker, stick masking tape on each piece so that you can re-use them for other activities! Students have to match up the lower case and upper case letters of the alphabet. 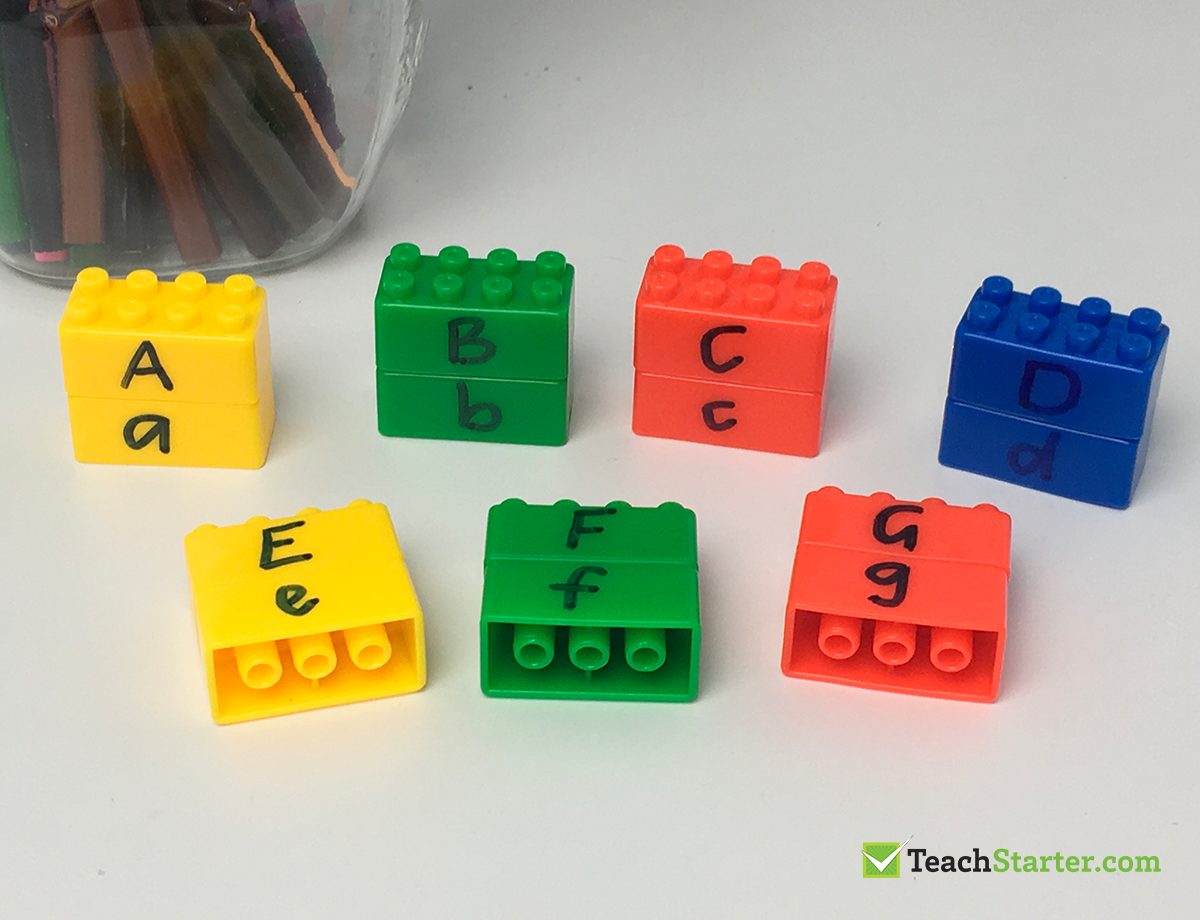 Students need to say the sight word correctly before they add a building brick to their tower. They keep going until they get stuck on a word! Who can build the highest sight word tower?

Check out our huge range of sight word flashcards. 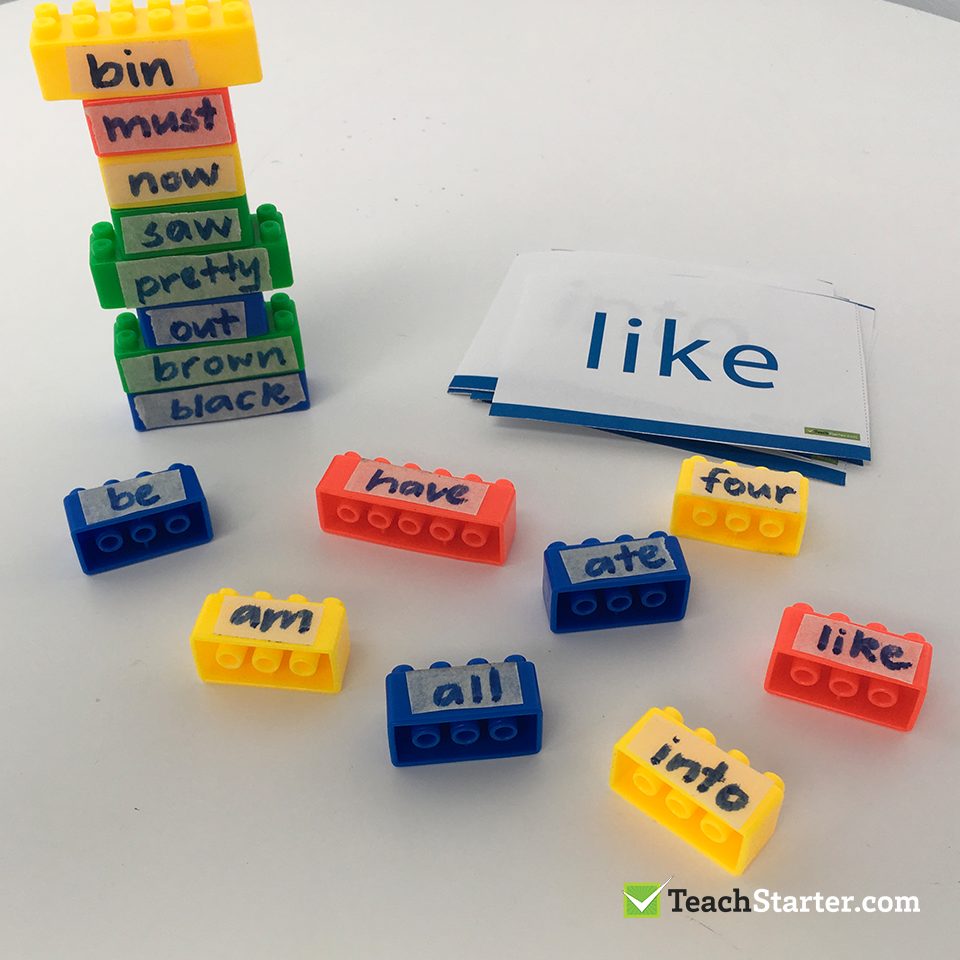 Students pick from a range of nouns, verbs and adjective building bricks to create their very own sentence. 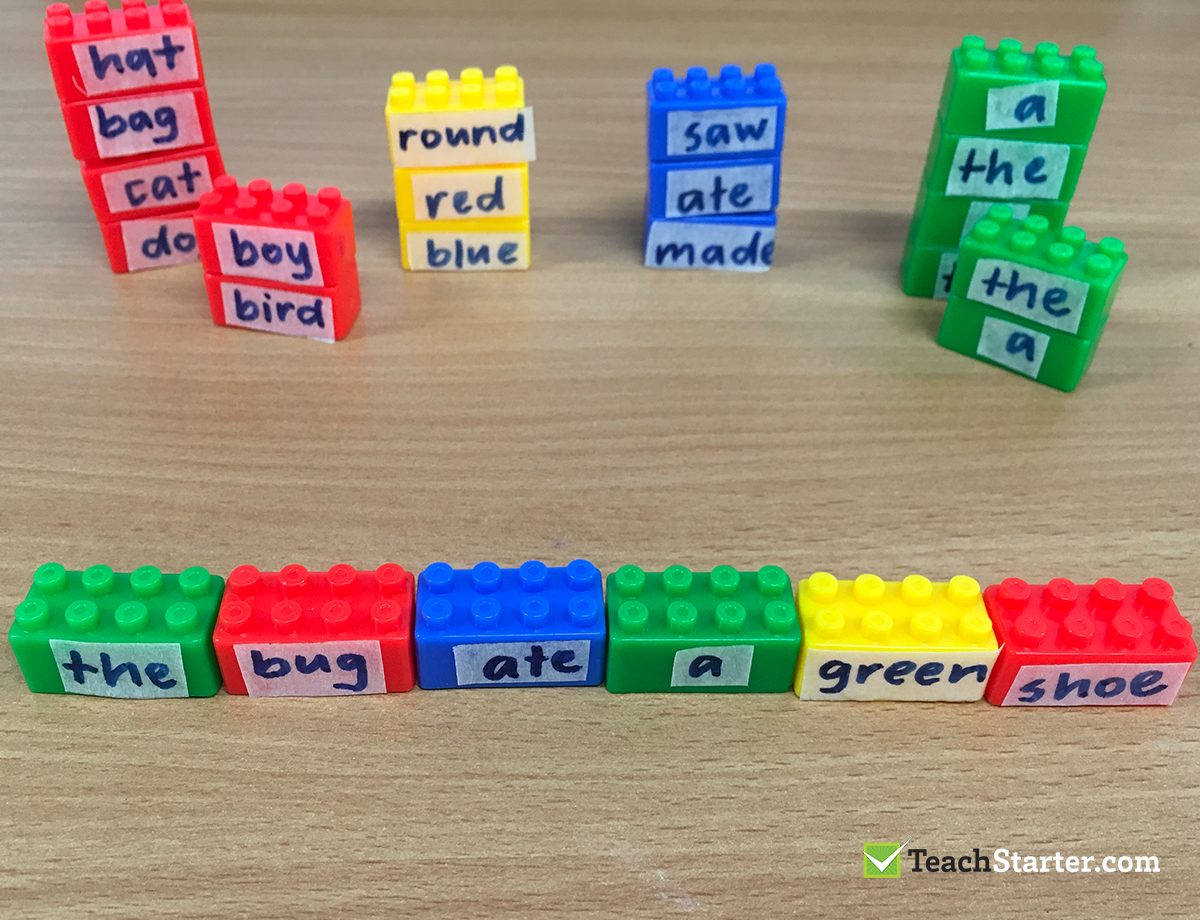 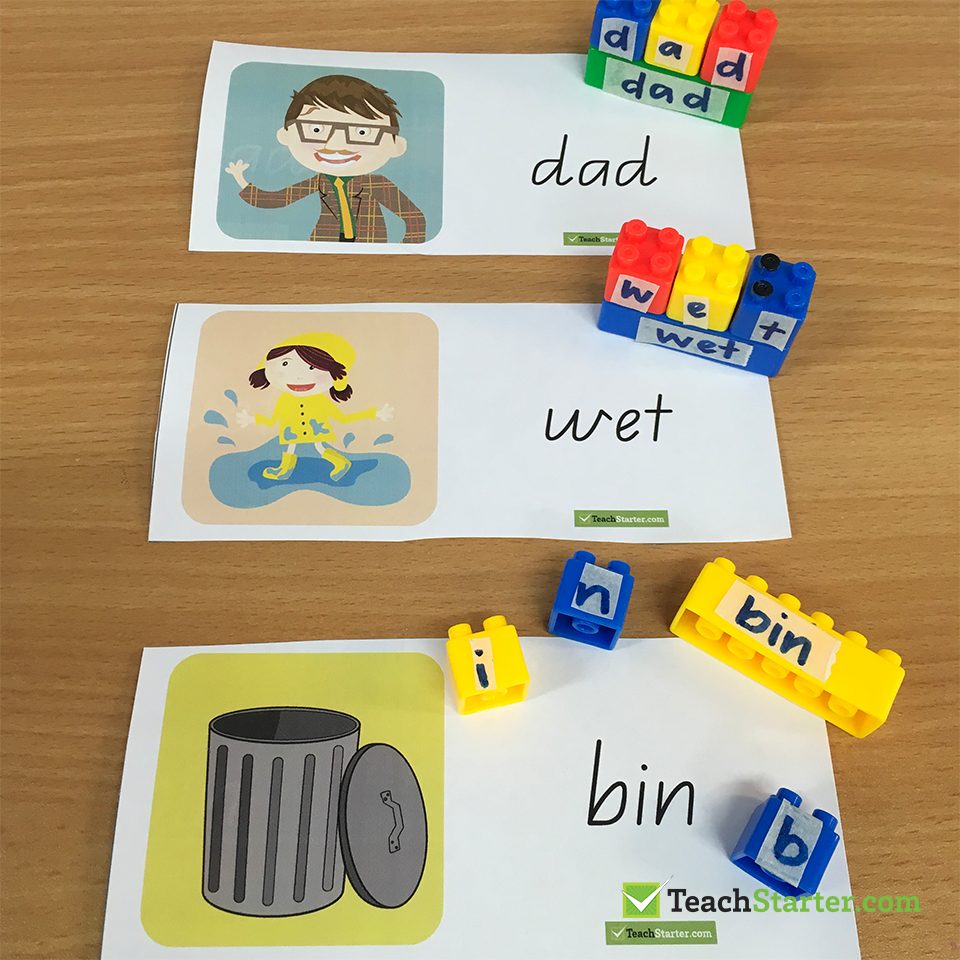 5. Greater Than or Less Than?

A great activity to help consolidate the concept of greater than or less than. Use our Greater/Less Than Crocodile Posters and 0-20 Number and Word Flashcards – Circles.

Students pick two numbers, build a tower with each number and then place the greater than or less than crocodile in the middle. A great way to demonstrate fractions with a familiar article.

I used the Fraction Wall Poster to create the image below. I coloured the tops of the building bricks with a black permanent marker to show the different fractions. Use this idea as a great matching game or as a simple display for students to refer to! 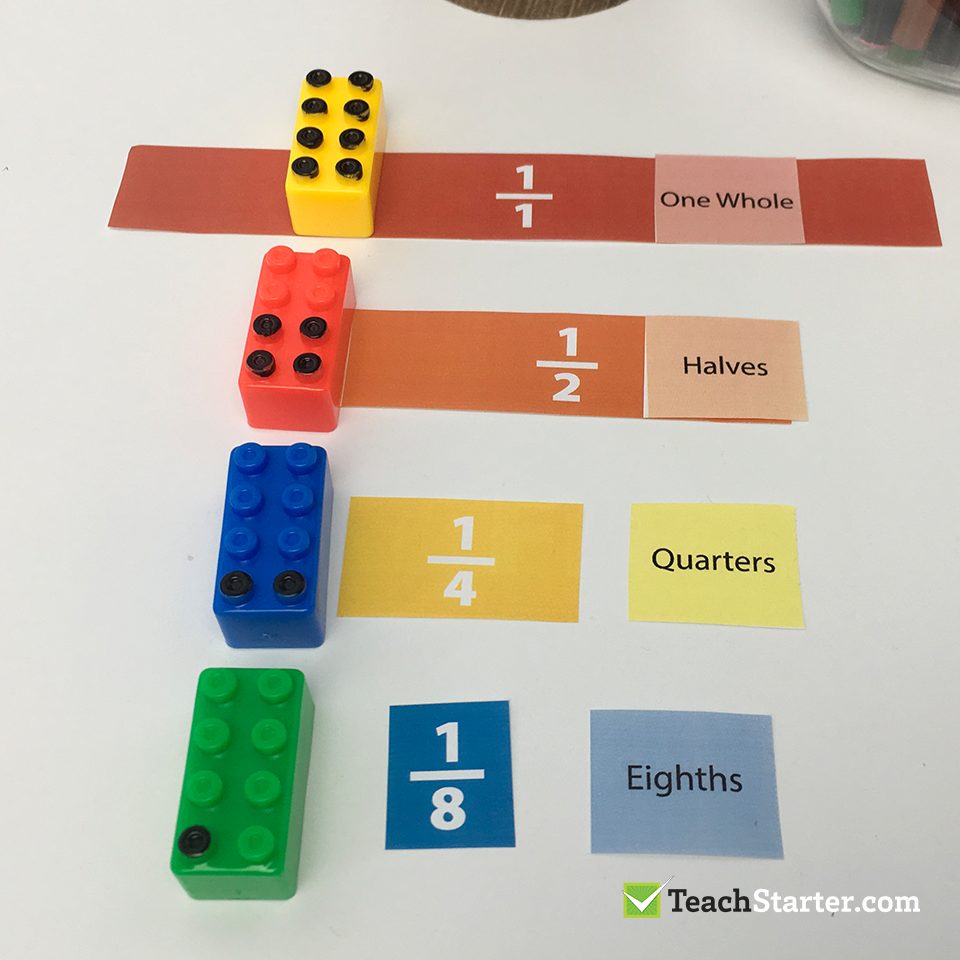 Students estimate how many pieces will cover certain articles such as an exercise book.

After they have estimated, they then work out the answer. Students can estimate how many building bricks it will take to be the same height as the jar, then see how close their estimation was… 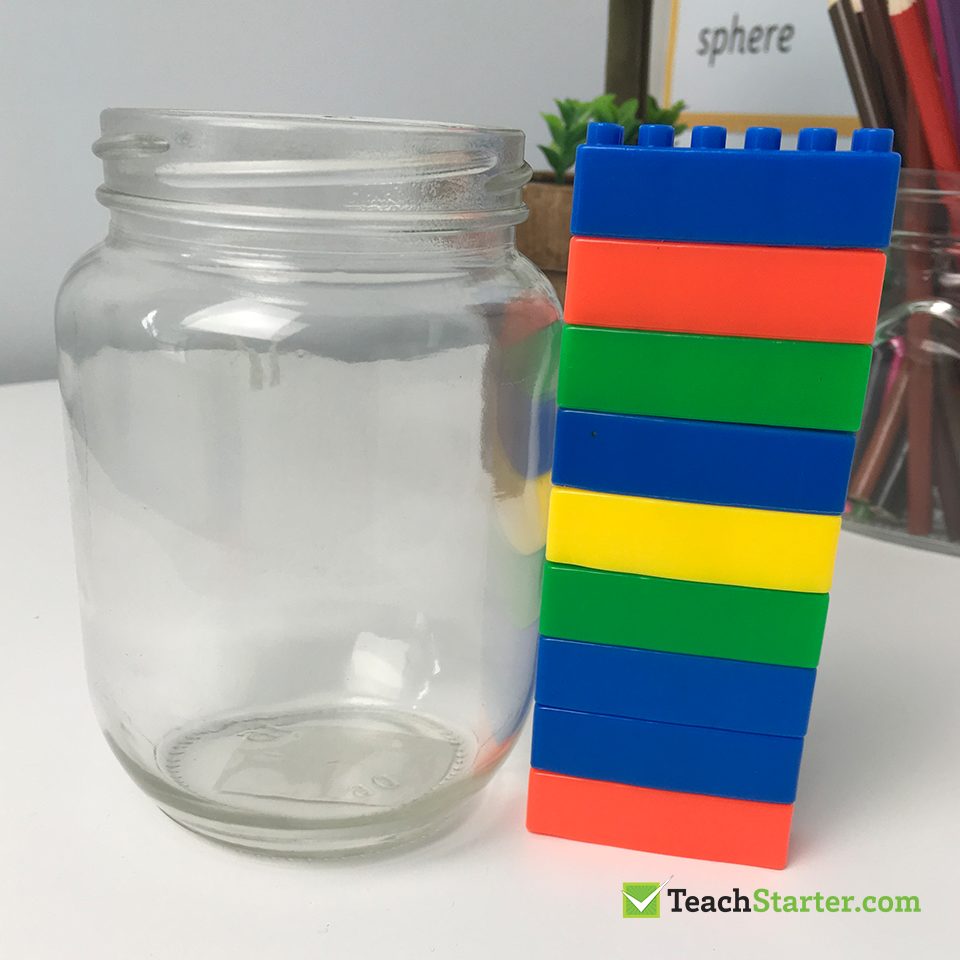 Using masking tape, write the numbers 1-20 on a set of building bricks. You may wish to make it slightly harder for older students, such as skip counting, or larger numbers.

Students then put the bricks in order by creating a tower! A great way to discuss the similarities and differences and how to use a Venn Diagram. 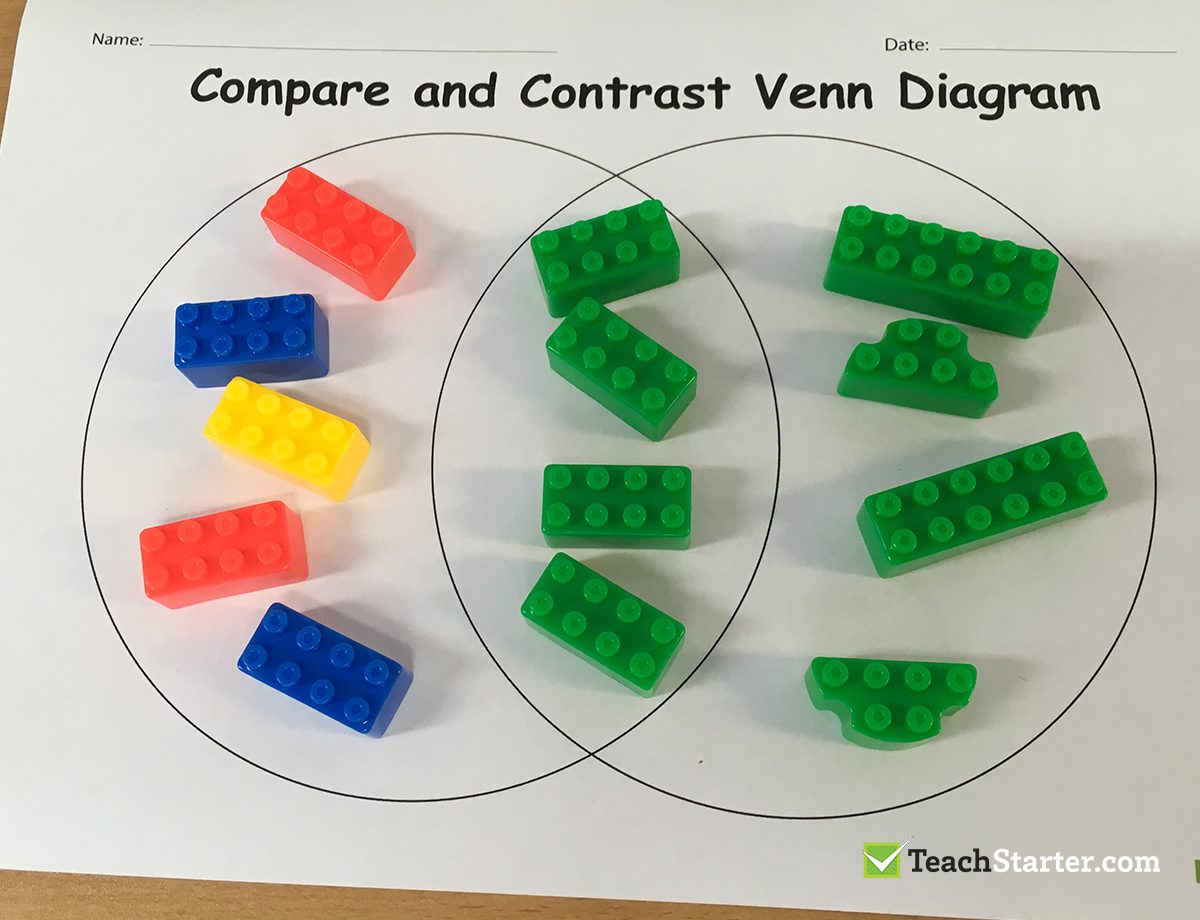 Use the building bricks to create a clock face. A great way to consolidate the five minutes between each number on the clock face!

Have your students create their very own clock using the building bricks and a big piece of paper. 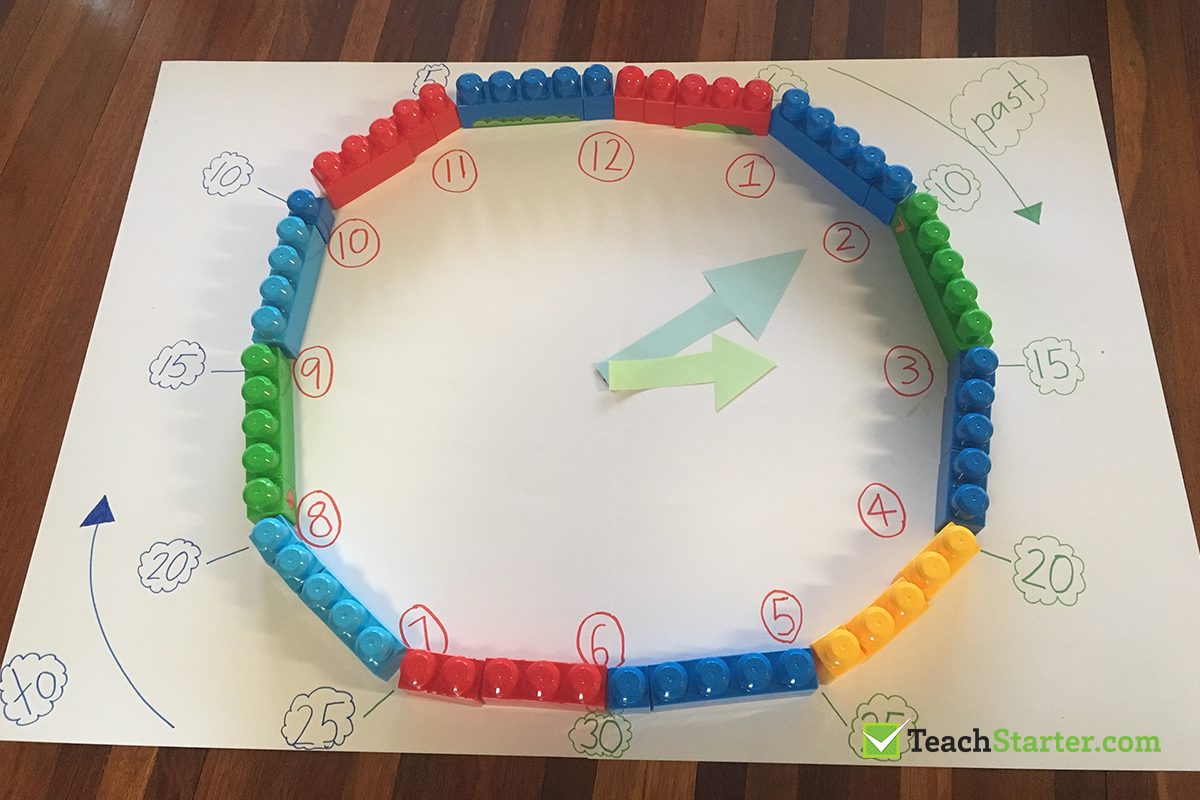