You know those mind-blowing maths tricks shared all over social media? As teachers, you either love them or cringe when you see them!

As we know, some of these tricks or ‘shortcuts’ will only work under particular circumstances, which is not often explained to students, causing a lot of confusion when the ‘trick’ doesn’t work.

A lot of research suggests that it’s ok to teach these maths tricks to your students once they have mastered that particular mathematical concept.

Why not introduce the trick and discuss it, experiment with it, let them pull it apart and try and work out how it works?

Here are four ‘tricks’ or ‘shortcuts’ I think are worth exploring in the classroom. Some of them are not ‘quick’ but definitely fun! Is there anything wrong with getting kids excited about maths?

Once your students have an understanding of how to do subtraction with regrouping (borrowing), this little shortcut is a great ‘trick’ to teach your students!

You can introduce the concept of looking at subtraction as the distance between two numbers.

Obviously, you are not going to always subtract 1, it’s only if you need to make the top number (or most of the digits in that number) smaller to decrease the amount of ‘borrowing’ and ‘grouping’ you have to do. 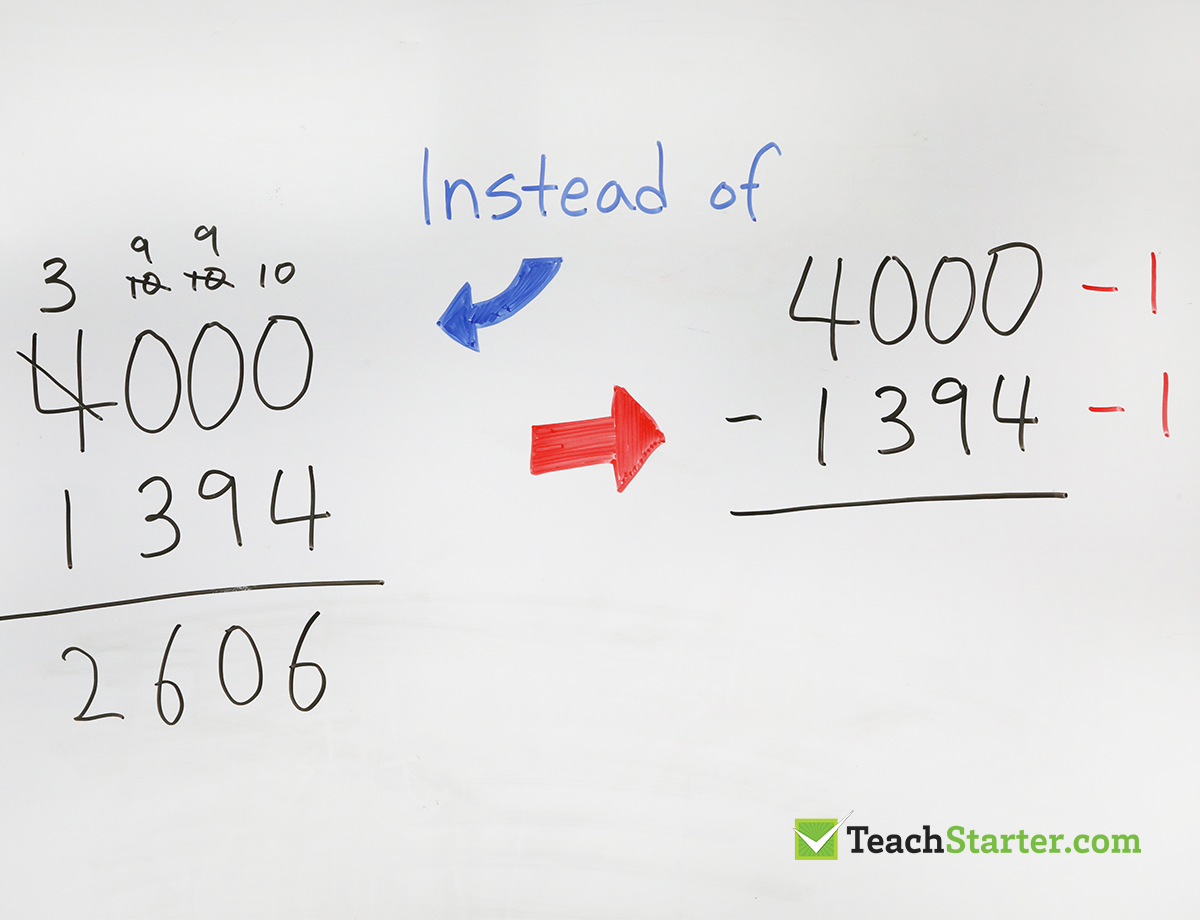 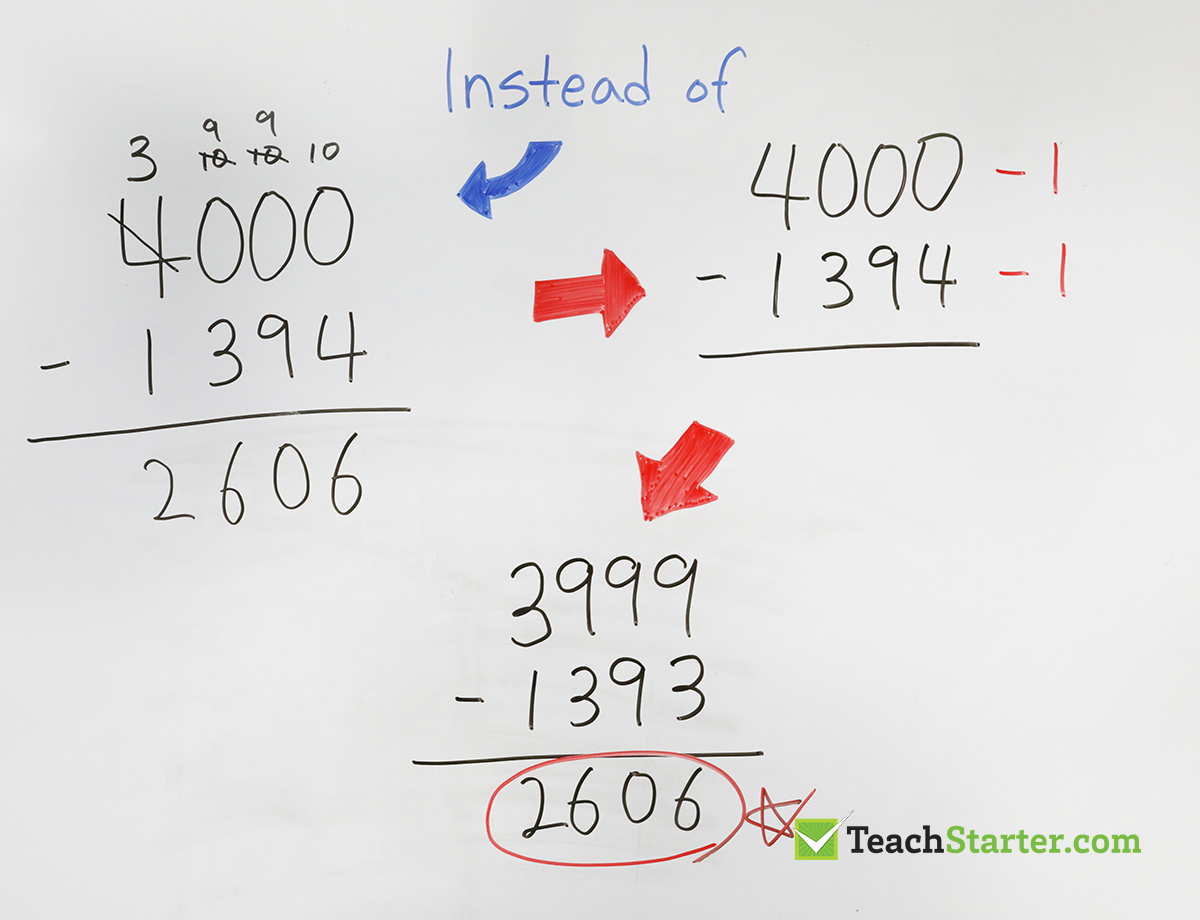 How to Compare Fractions Easily

Fractions can get really confusing, especially when students need to compare two of them and they don’t have the same denominator.

There is a really cool trick to help figure out which fraction is the larger. By multiplying the top number of each fraction by the bottom number of the other fraction you can easily get the answer.

This is also called ‘cross multiplying’ because you create a cross in the middle. 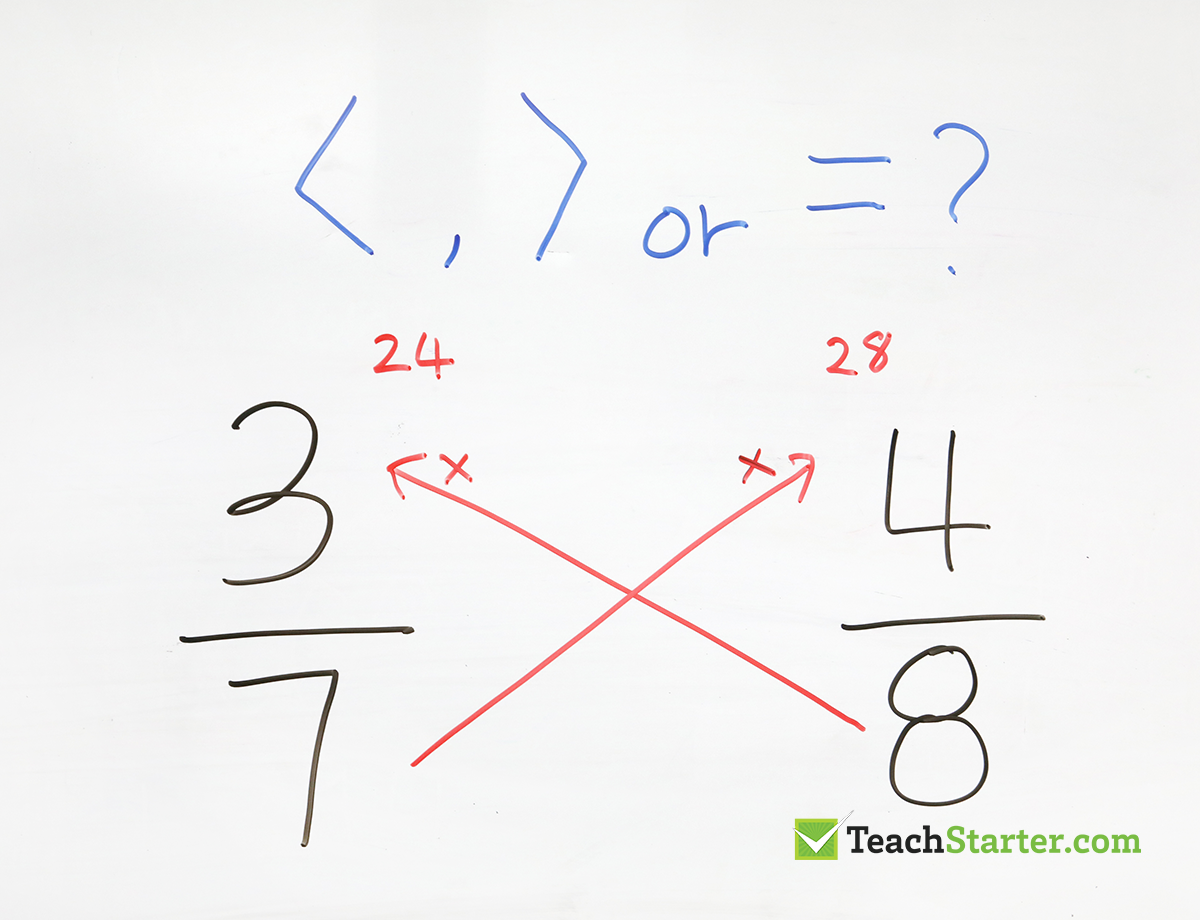 The numbers that you get from cross multiplying fractions become the two numerators you would get if your students had gone through the process of creating two ‘like’ fractions. All they need to do now is work out the bigger number of the two! Have you seen this multiplication method? It’s basically taking a multiplication problem and turning it into a simple counting problem that we can solve visually.

Let’s look at a really simple multiplication sum to start with. Basically, you are looking at 2 x 3, or 2 groups of 3.

By drawing 2 lines one way and 3 lines the other. You are creating an intersection of 2 groups of 3, giving you the answer of 6.

Perhaps a little tedious when you are looking at a simple multiplication like this. But, it’s a great way to start looking at this method before you move to larger numbers. By counting all of the times the lines intersect you get your answer to this simple multiplication sum. 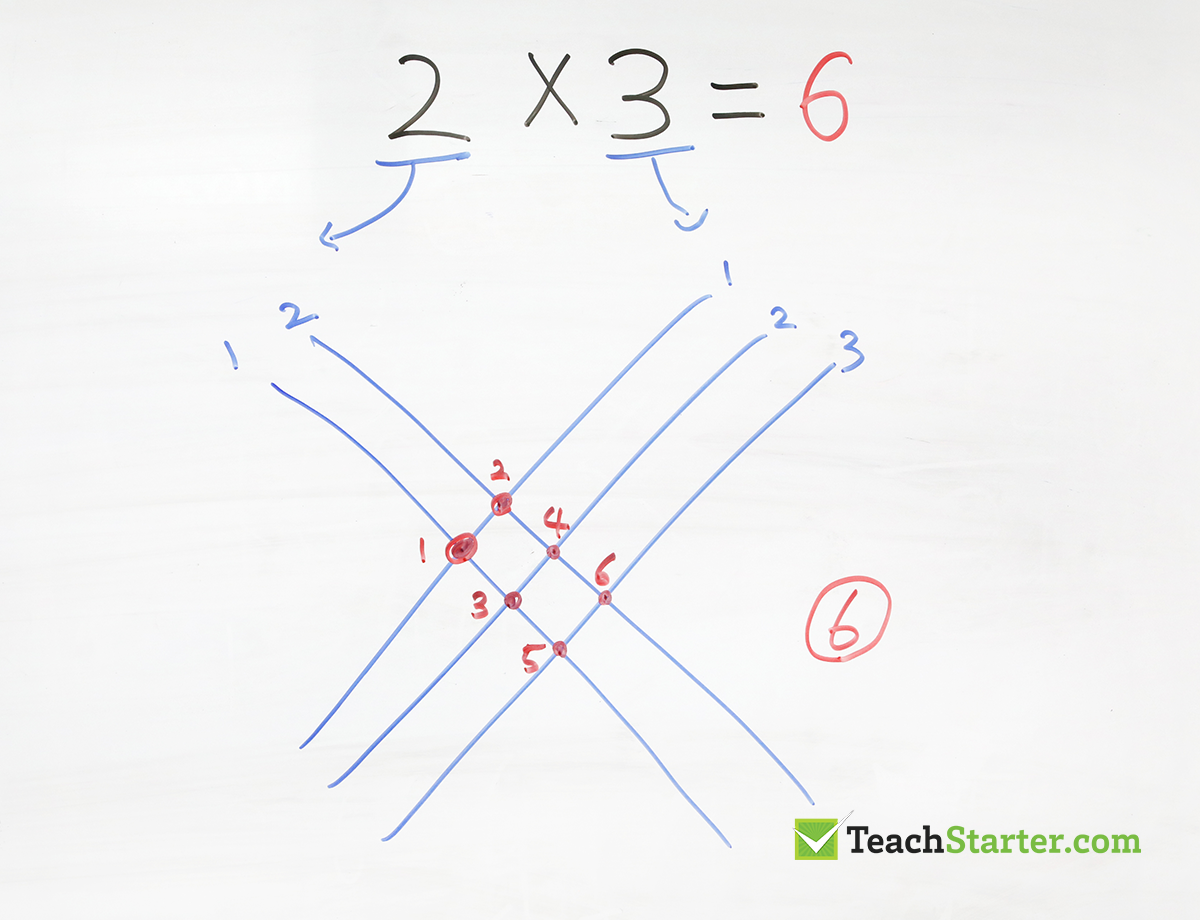 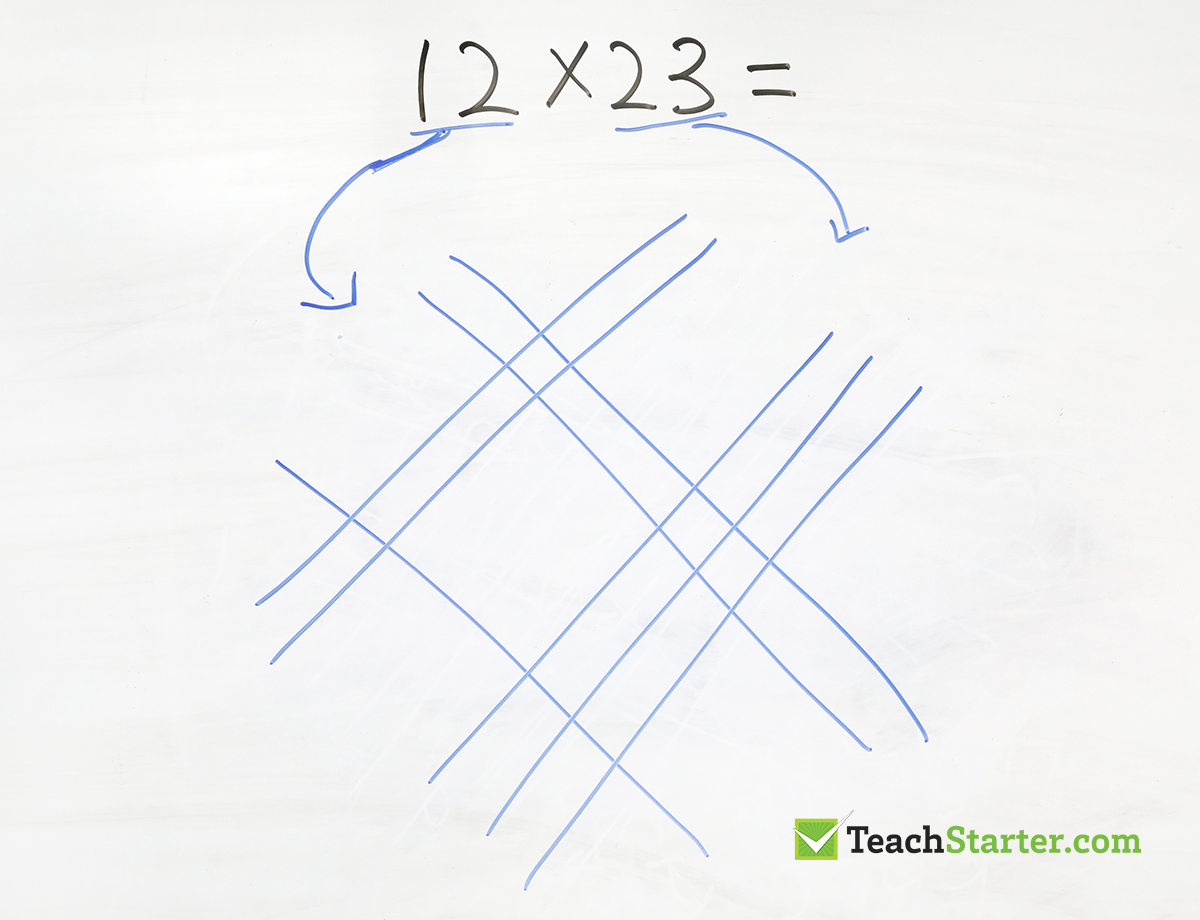 On the left corner, put a curved line through the wide spot with no points and do the same on the right. Separating the intersections into three groups.

Then, you count the three groups of intersections, giving you the answer of 276. 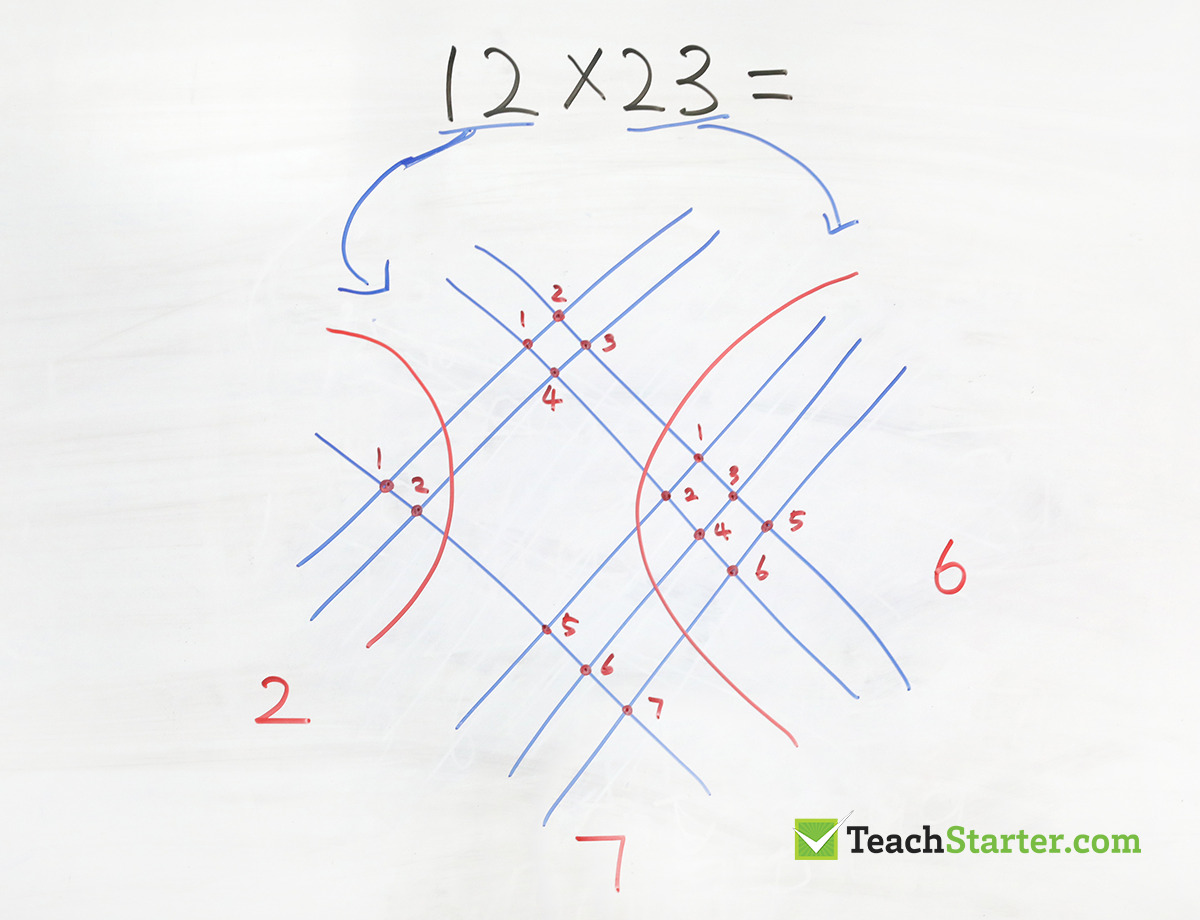 I’m going to try my best to explain the maths behind this method for multiplying numbers, here goes…

To multiply any two-digit numbers by 11, simply add the digits of the number together and then put this sum between the original two digits. 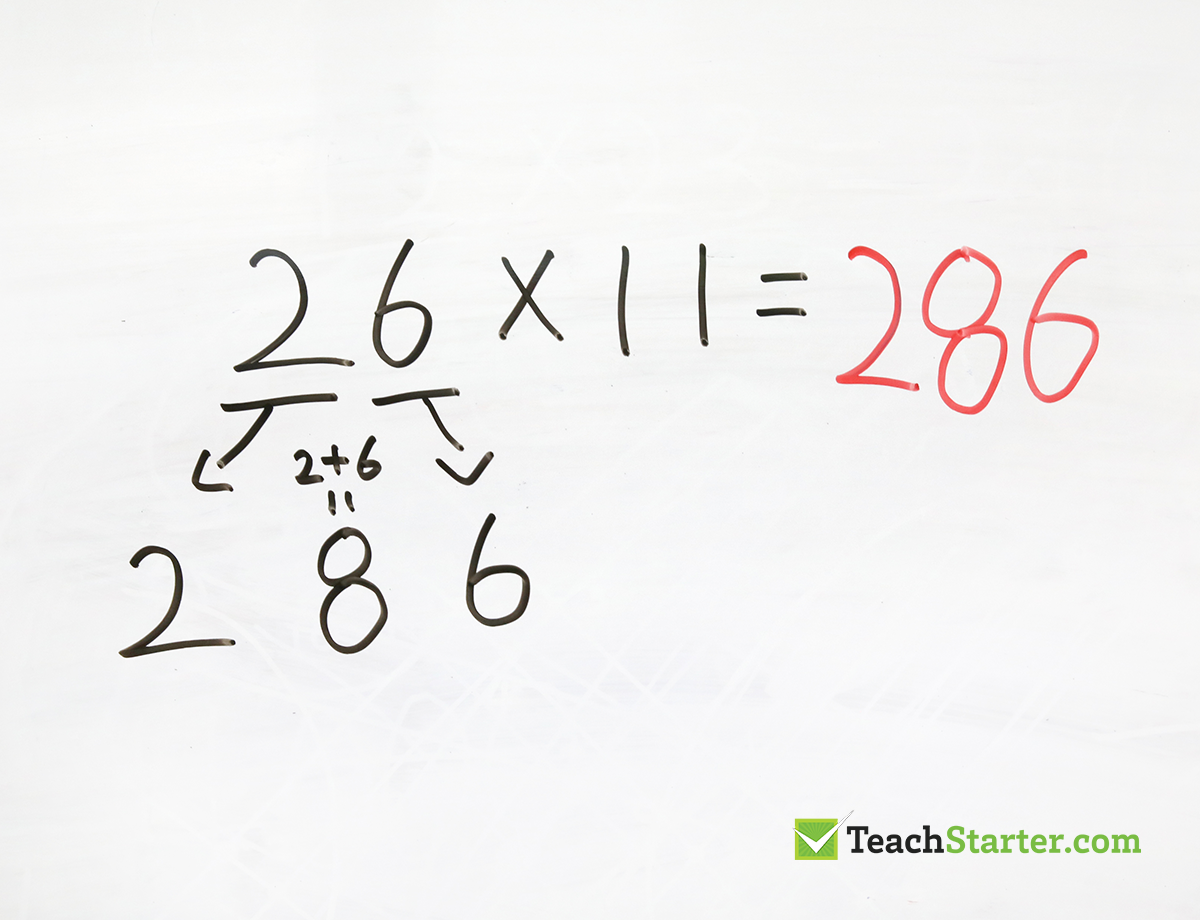 If the sum of the two digits is greater than 9, simply carry the 1 over to the tens digit. 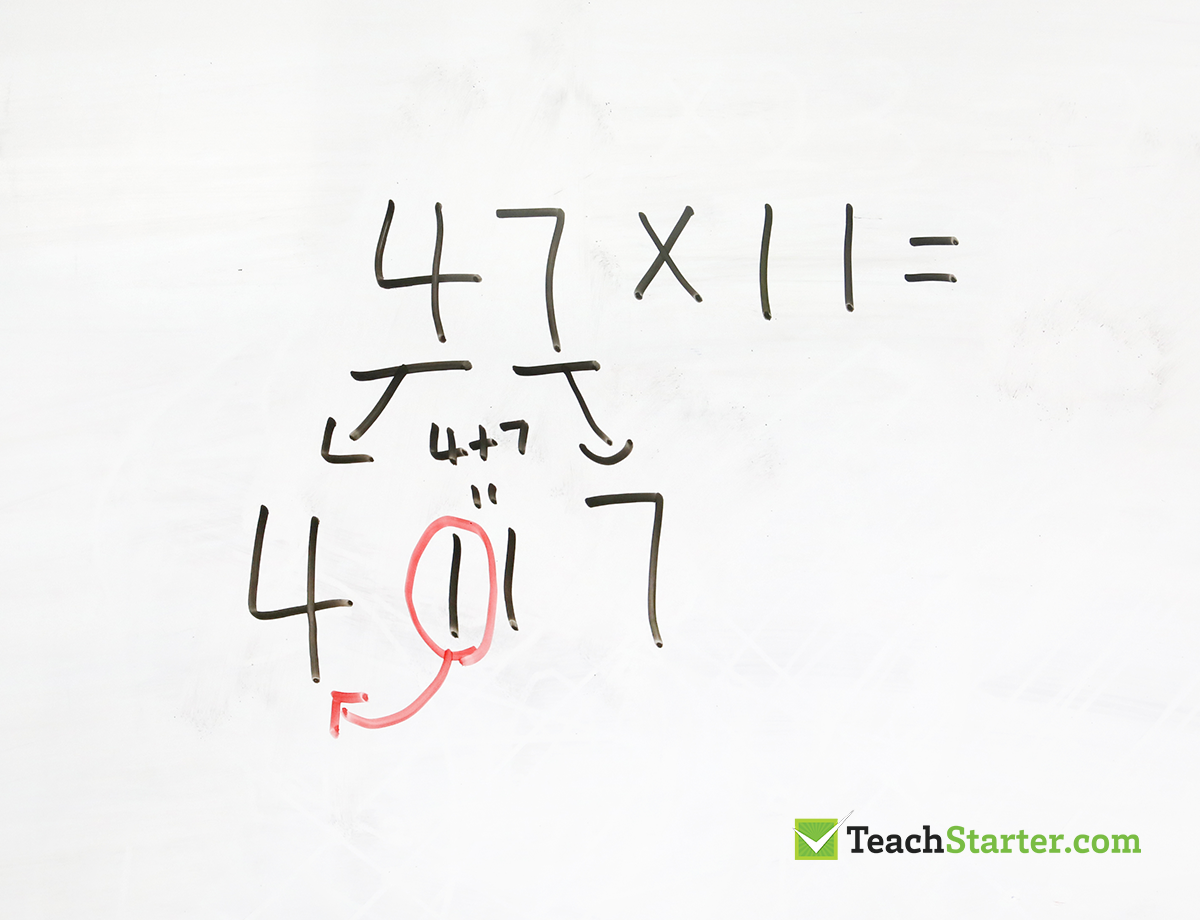 In this example, the 1 is carried over to the 4 resulting in the answer of 517. 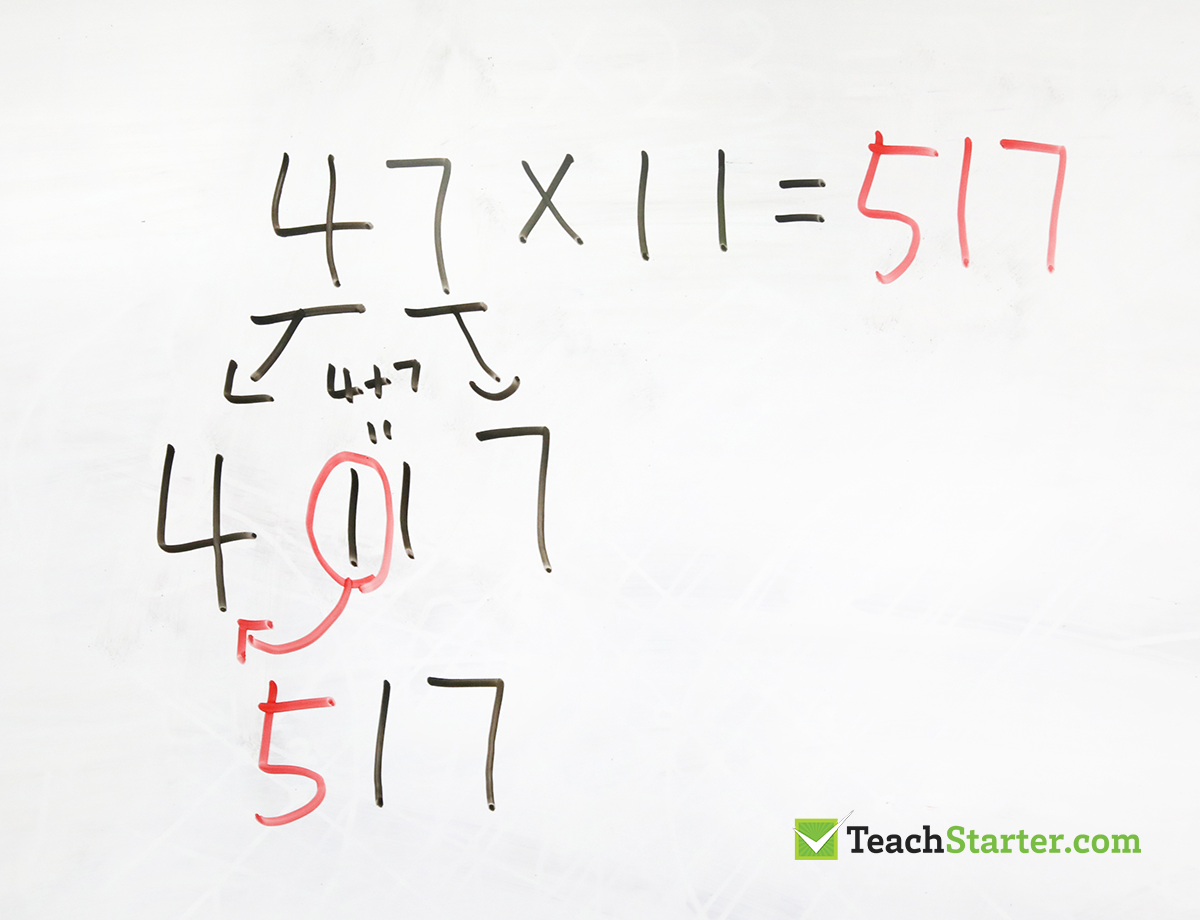 What do you think of these maths ‘tricks’?

Would you use them in your classroom?