Let’s face it: Our students love math tricks, often more than we do as teachers.

These tricks make them feel like they’re taking a shortcut and pulling a rabbit out of a hat. Still, kids need to learn how to problem-solve, and tricks or shortcuts don’t always serve them when it comes time to work their way through a math problem.

So are there any math tricks for kids that are worth sharing? Is there any way to do so without undermining their understanding of particular math concepts? Well, sure! There’s significant research out there that suggests it’s OK for kids to pick up some math tricks once they’re adept at a particular concept.

We’ve pulled together a few of our favourite math tricks for kids that are worth sharing. From tricks to make division a snap to new ways to look at subtraction, there’s a lot of packed in here. Before you teach them, might we suggest discussing when and where “tricks” are appropriate?

OK, so these are “rules” more so than maths tricks, but learning them certainly helps students make quick work of division problems, so we’ve got to get started right here!

Once your students have an understanding of how to do subtraction with regrouping (borrowing), this little shortcut is a great ‘trick’ to teach your students!

You can introduce the concept of looking at subtraction as the distance between two numbers.

Obviously, you are not going to always subtract 1, it’s only if you need to make the top number (or most of the digits in that number) smaller to decrease the amount of ‘borrowing’ and ‘grouping’ you have to do. 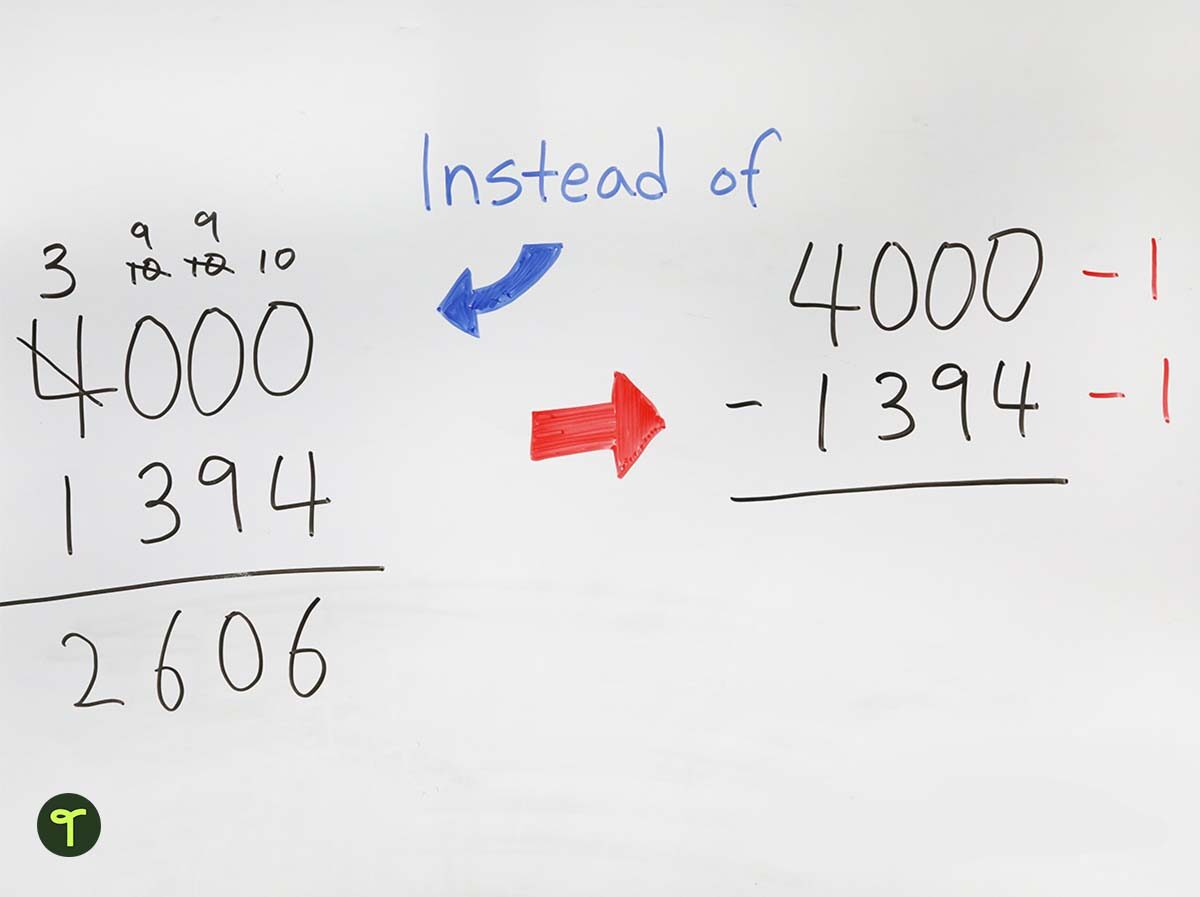 Obviously, you are not going to always subtract 1 — that’s only if you need to make the top number (or most of the digits in that number) smaller to decrease the amount of ‘borrowing’ and ‘grouping’ you have to do. 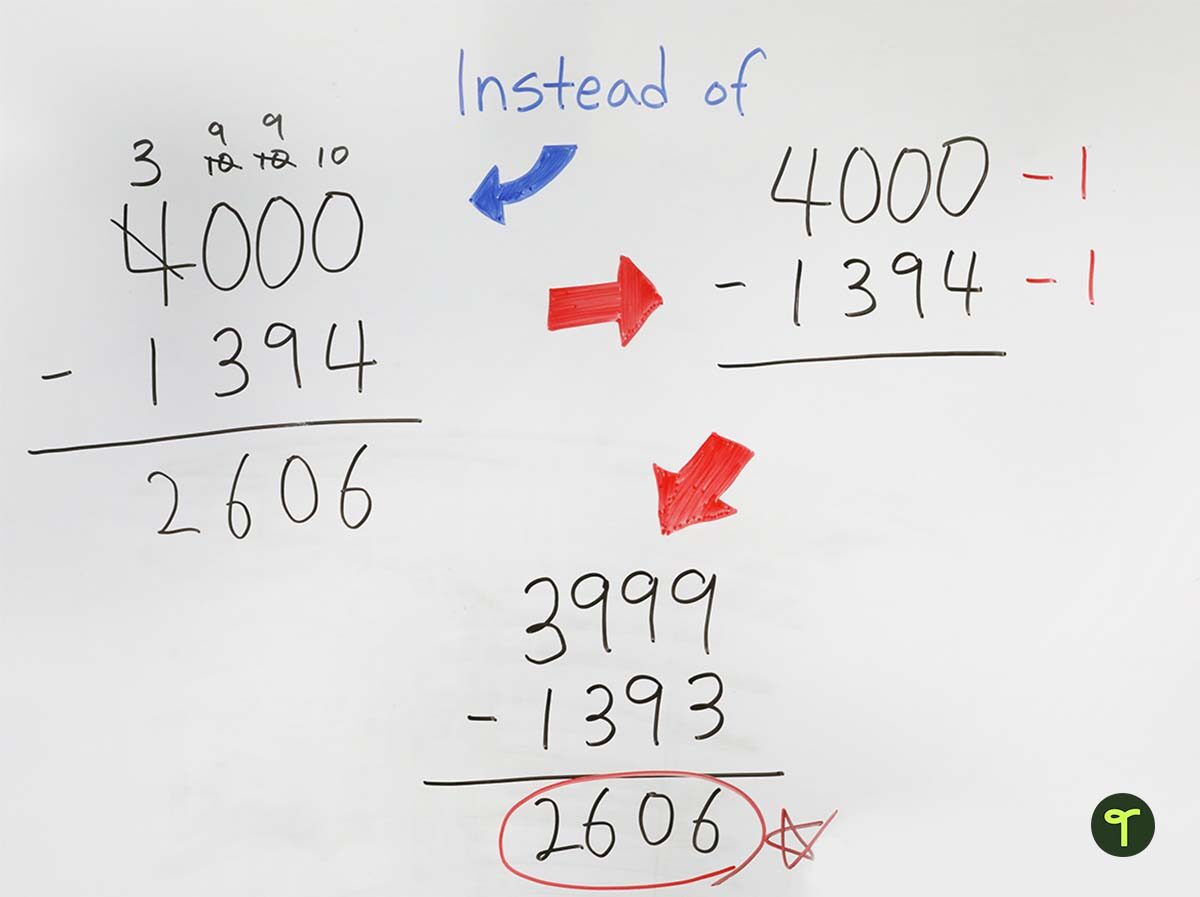 Print a subtraction strategies activity that makes use of addition to help students find the answer.

How to Compare Fractions Easily

Fractions can get really confusing, especially when students need to compare two of them and they don’t have the same denominator.

There is a really cool trick to help figure out which fraction is the larger. By multiplying the top number of each fraction by the bottom number of the other fraction you can easily get the answer.

This is also called ‘cross multiplying’ because you create a cross in the middle. 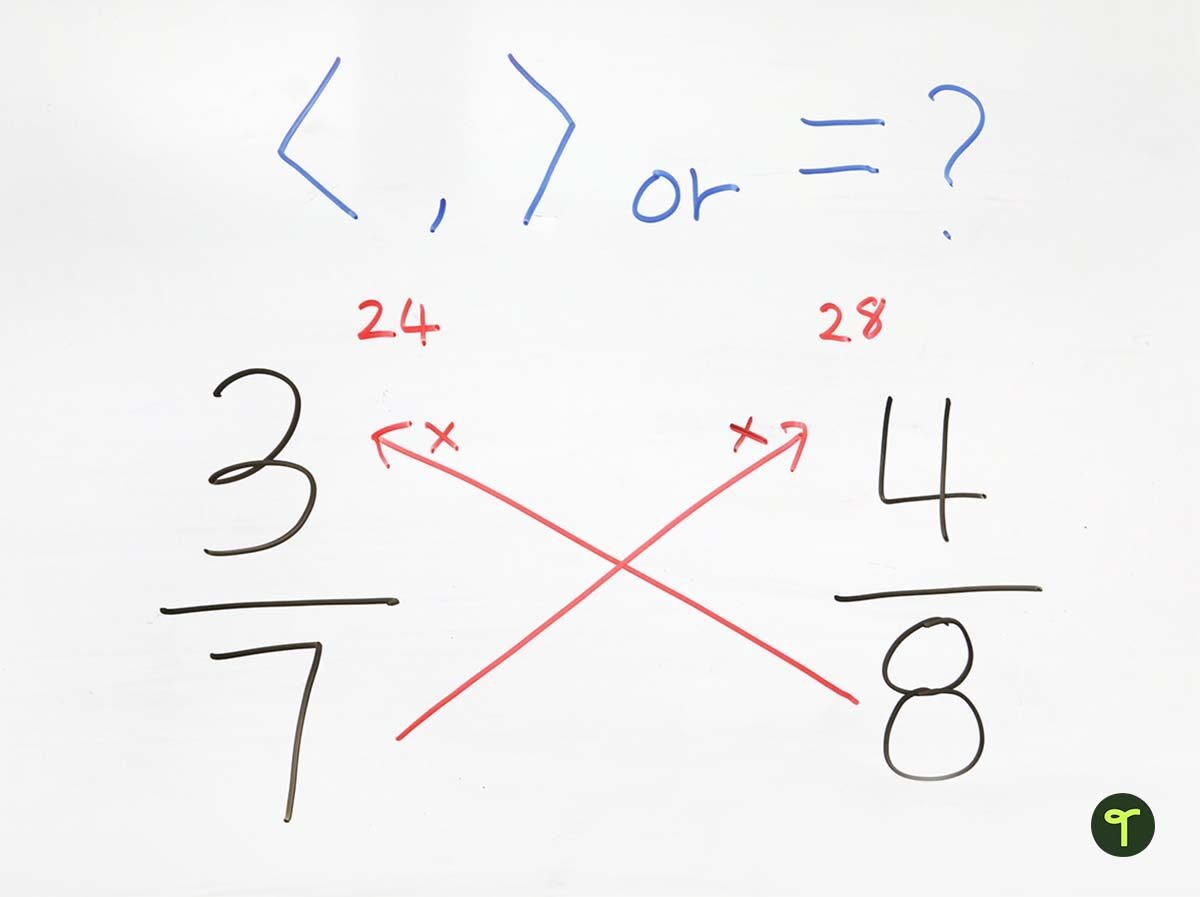 The numbers that you get from cross multiplying fractions become the two numerators you would get if your students had gone through the process of creating two ‘like’ fractions. All they need to do now is work out the bigger number of the two!

To multiply any two-digit numbers by 11, simply add the digits of the number together. Put the result of your addition between the two digits of your original number. 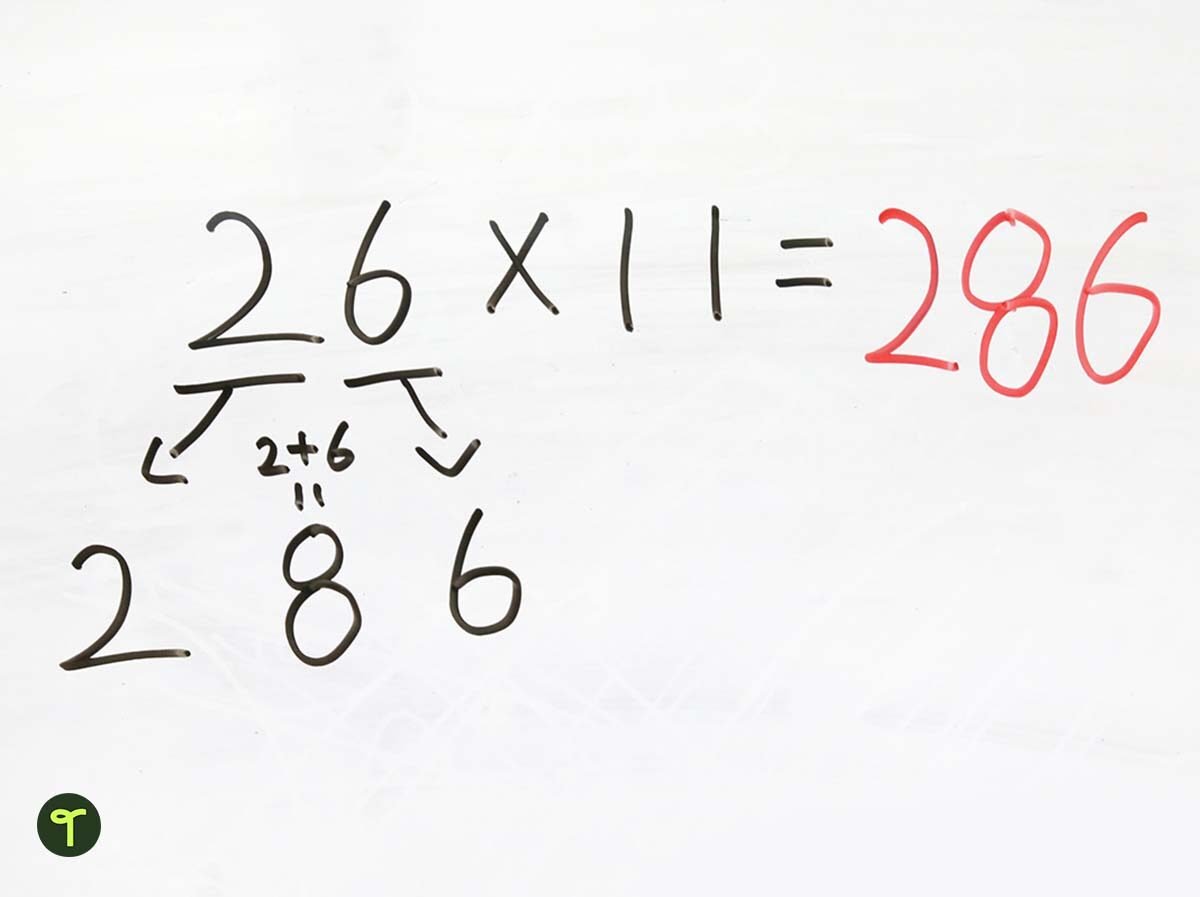 Have you seen this multiplication trick? It can get tricky with middle numbers, so we’re going to mark this down as something fun to teach at the end of the year!

By drawing 2 lines one way and 3 lines the other, you create an intersection of 2 groups of 3. By counting all of the times the lines intersect, you get your answer: 6. 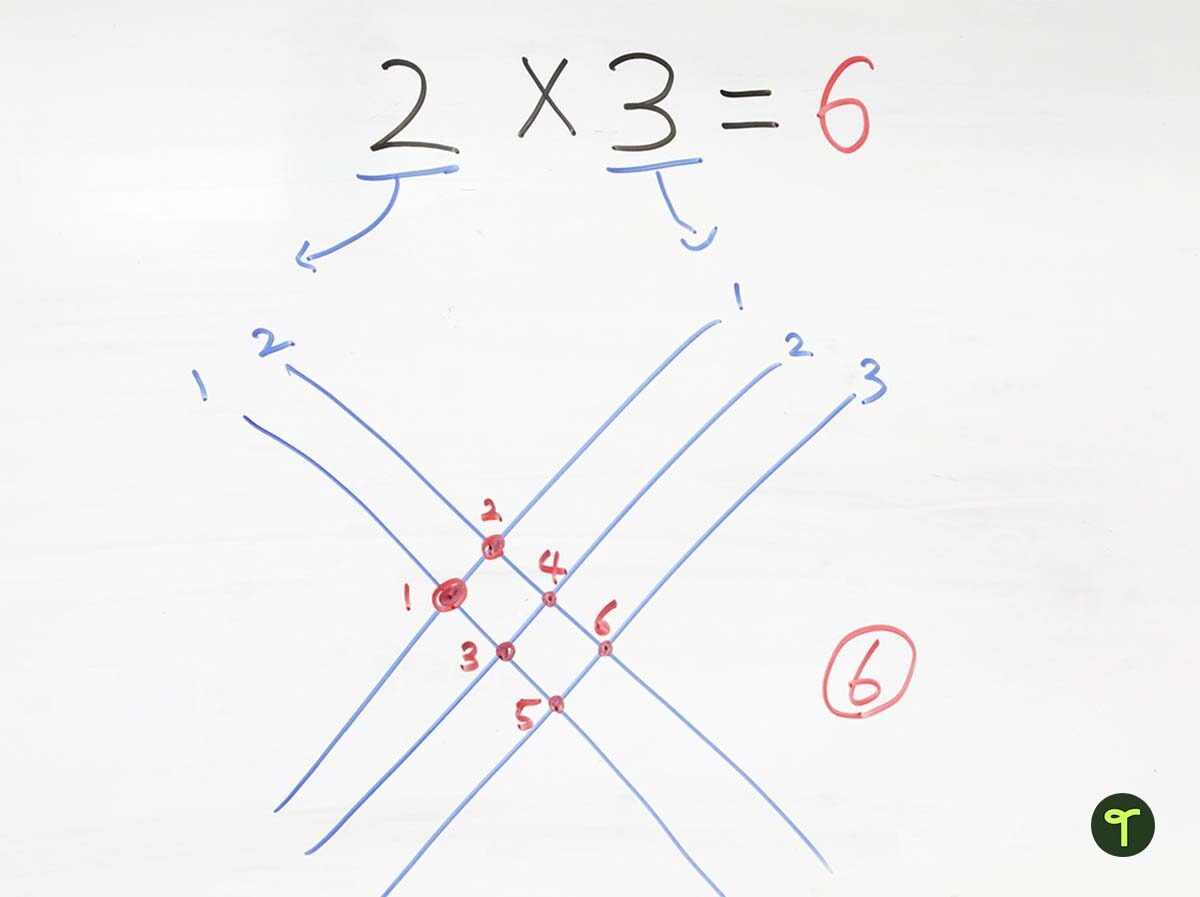 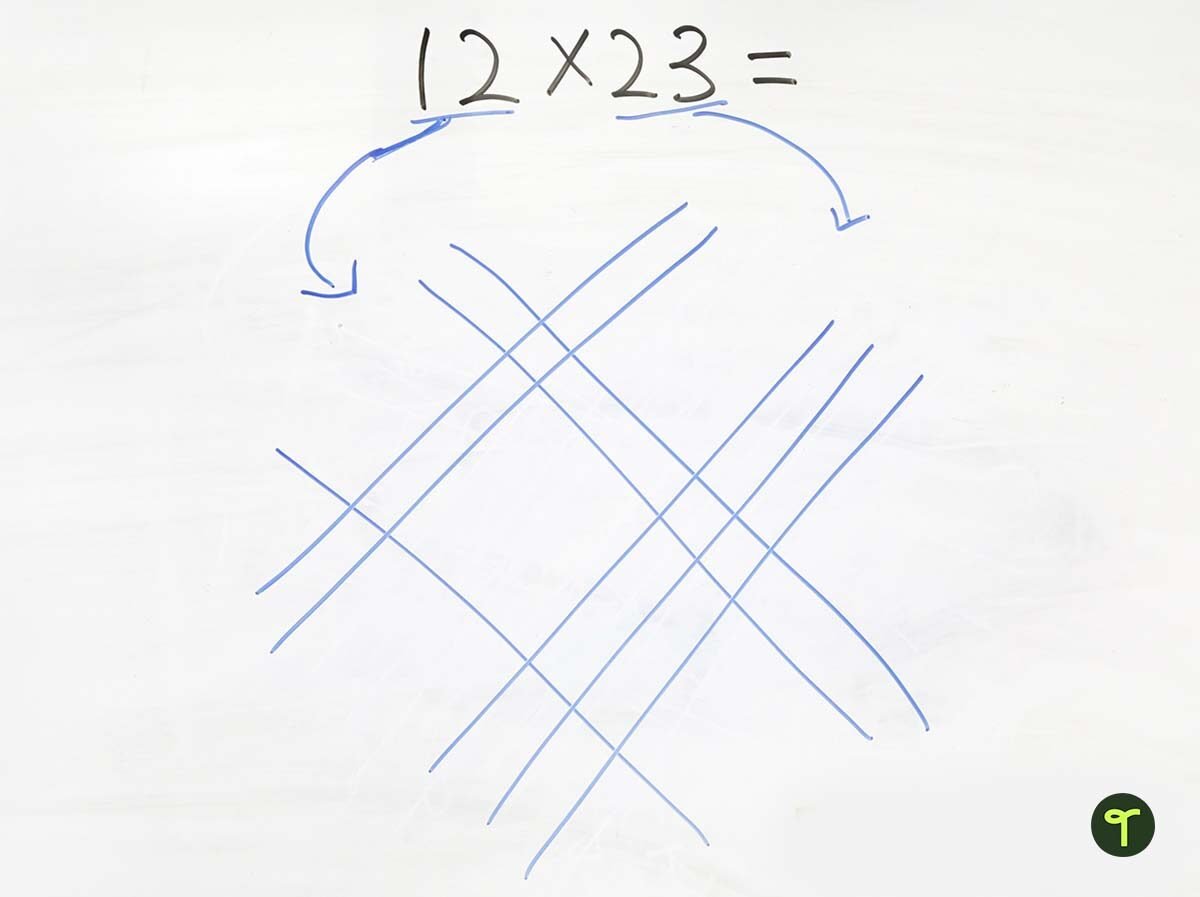 On the left corner, put a curved line through the wide spot with no points, and do the same on the right, separating the intersections into three groups.

Finally, count the three groups of intersections, giving you the answer of 276. 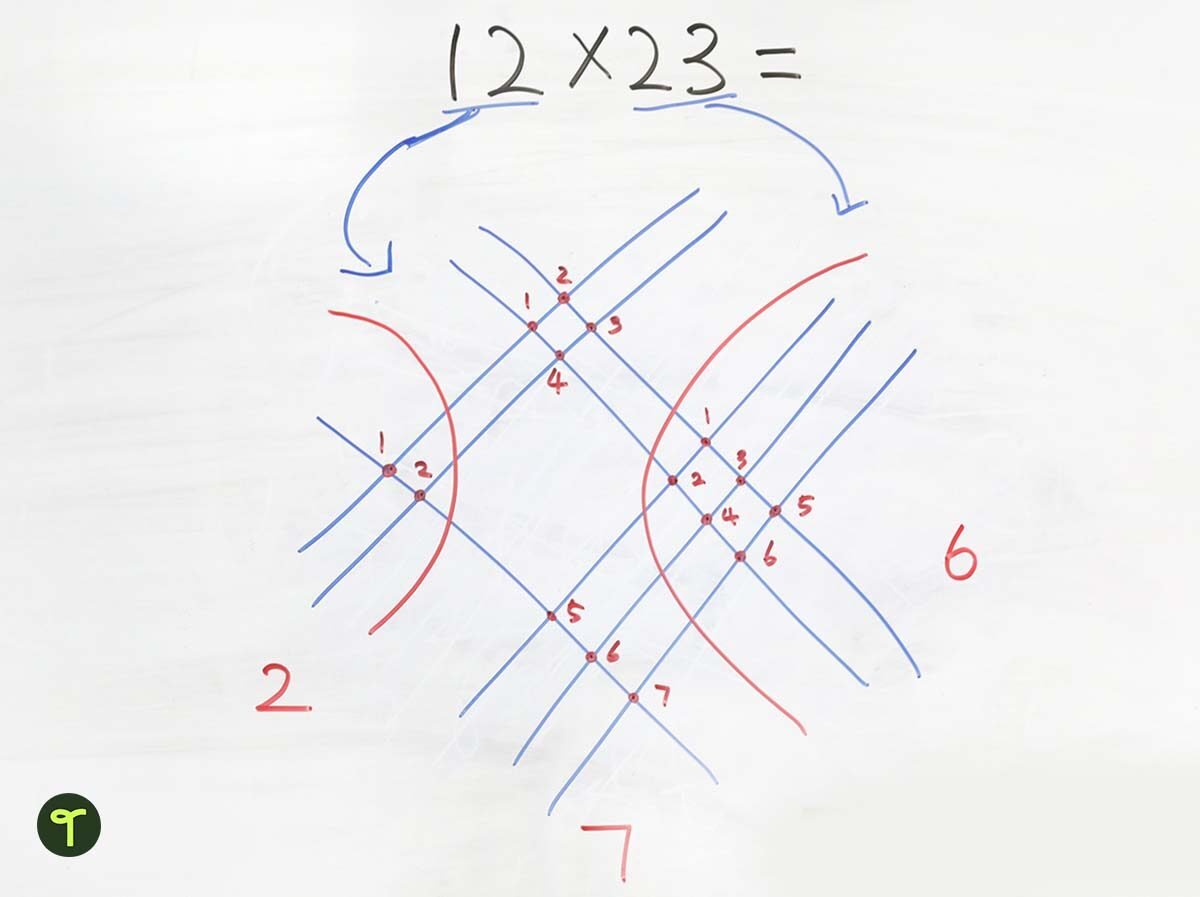 Check out our full collection of maths games, activities, worksheets and more teacher resources ready-made for the classroom!