Have you seen our cute new Bear Squares? They are a fun, hands-on teaching resource with applications across the curriculum. Initially, these cute Bear Square templates were created to be used as an informal measuring unit. It quickly became evident that these cute little Bear Squares could be used in a variety of ways in the classroom.

Here are 5 ways to use them in your classroom today! Teach Starter has many educational worksheets for units of measurement that contain activities where students use these informal units.

As a fun alternative, your students could measure height with Bear Squares, the area of a desktop or even use Bear Square cubes to estimate and measure volume.

Choose 2 or 3 different bears to print and cut out, and use them to recognise, describe and create patterns. Add more types of bears to make more complex patterns. 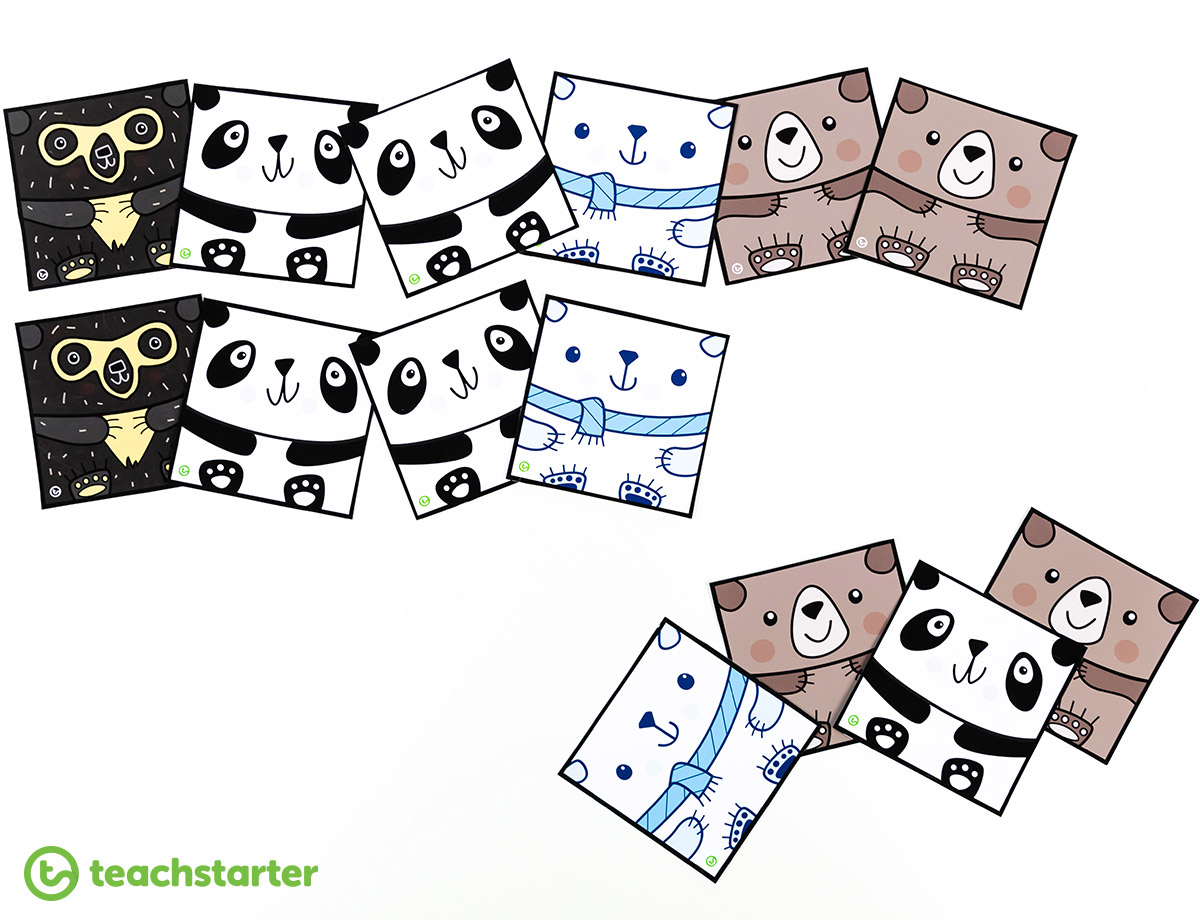 Using Memory in the Classroom

Need a lesson hook to help warm up young minds? 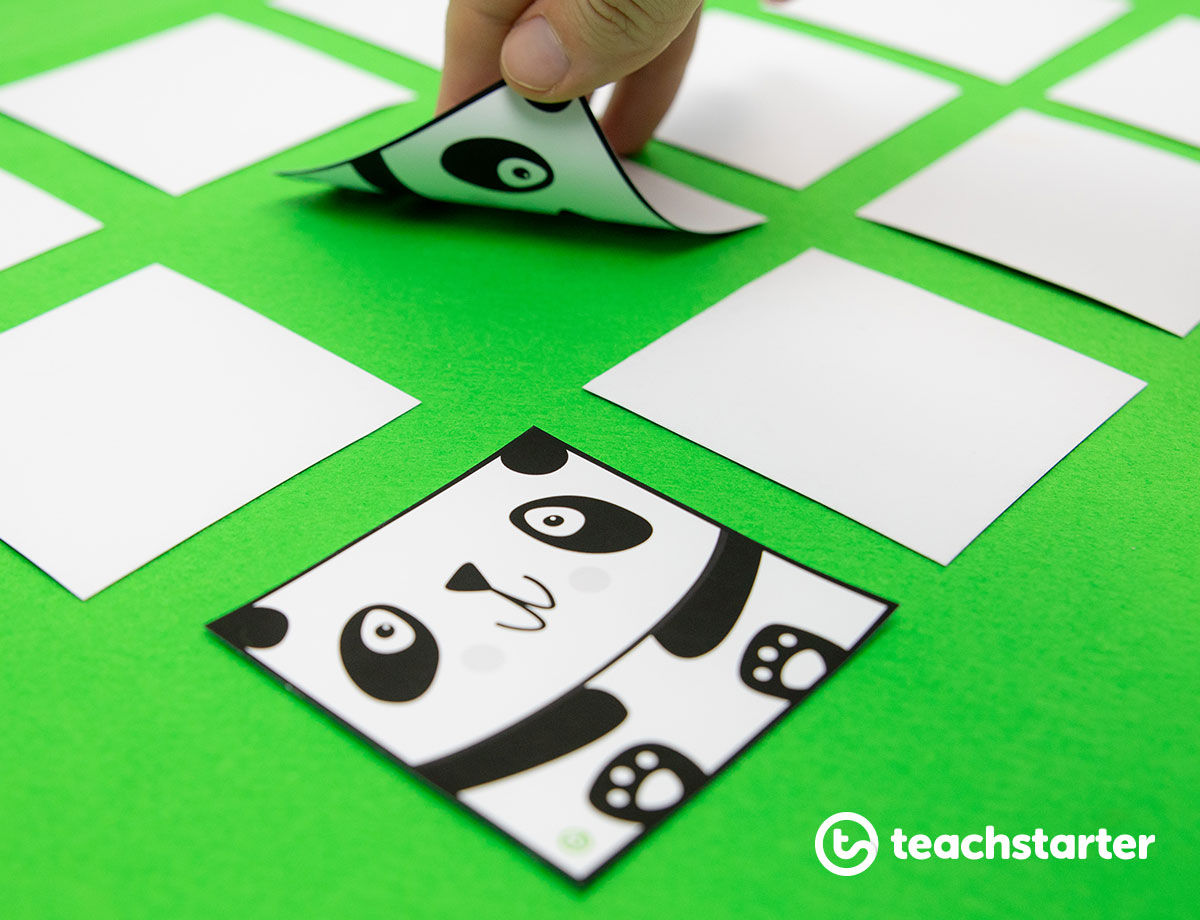 Print and cut out some copies of the Bear Squares and shuffle them together like a set of cards. Spread them out, face down and have students turn over 2 cards at a time.

If the cards are the same type of bear, they get to keep them and then choose another two. If the cards don’t match, turn them back over and try to remember where they were in case one of those bears gets turned over somewhere else.

The cards could also be used for a game of ‘Snap’. So versatile!

Recognising the observable features is a key scientific skill that is developed across the science curriculum.

The Bear Squares provide a great stimulus material for students to list the external features which then leads to rich discussions about how the bears are classified according to those features. 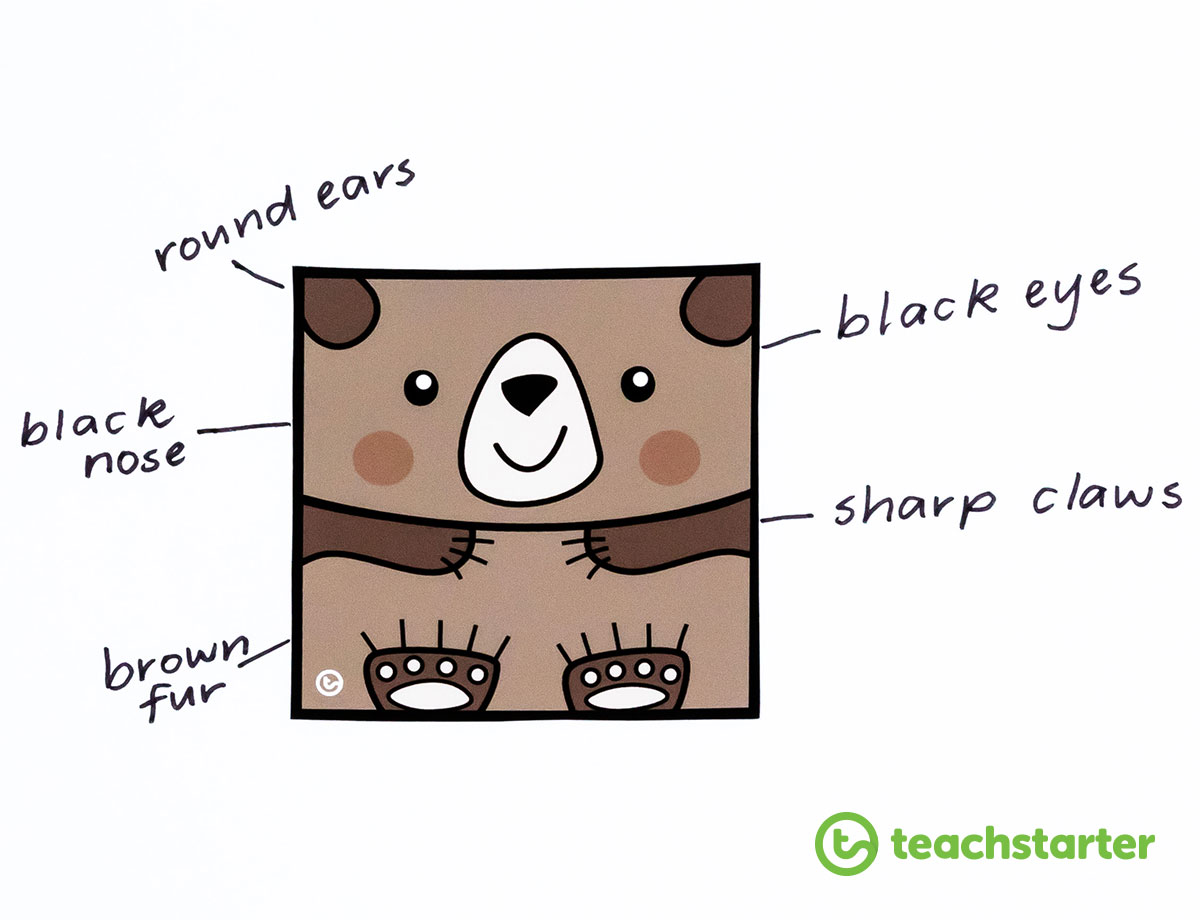 In a similar vein, the Bear Squares could be used to highlight differences between fictional and non-fictional depictions of animals which is a competency developed in the early years English syllabus.

Flowing on from their science applications, the Bear Squares could be used to develop descriptive writing and/or speaking.

Students could be encouraged to use adjectives to describe and differentiate the bears based on their characteristics, either as a written text type or an oral presentation. 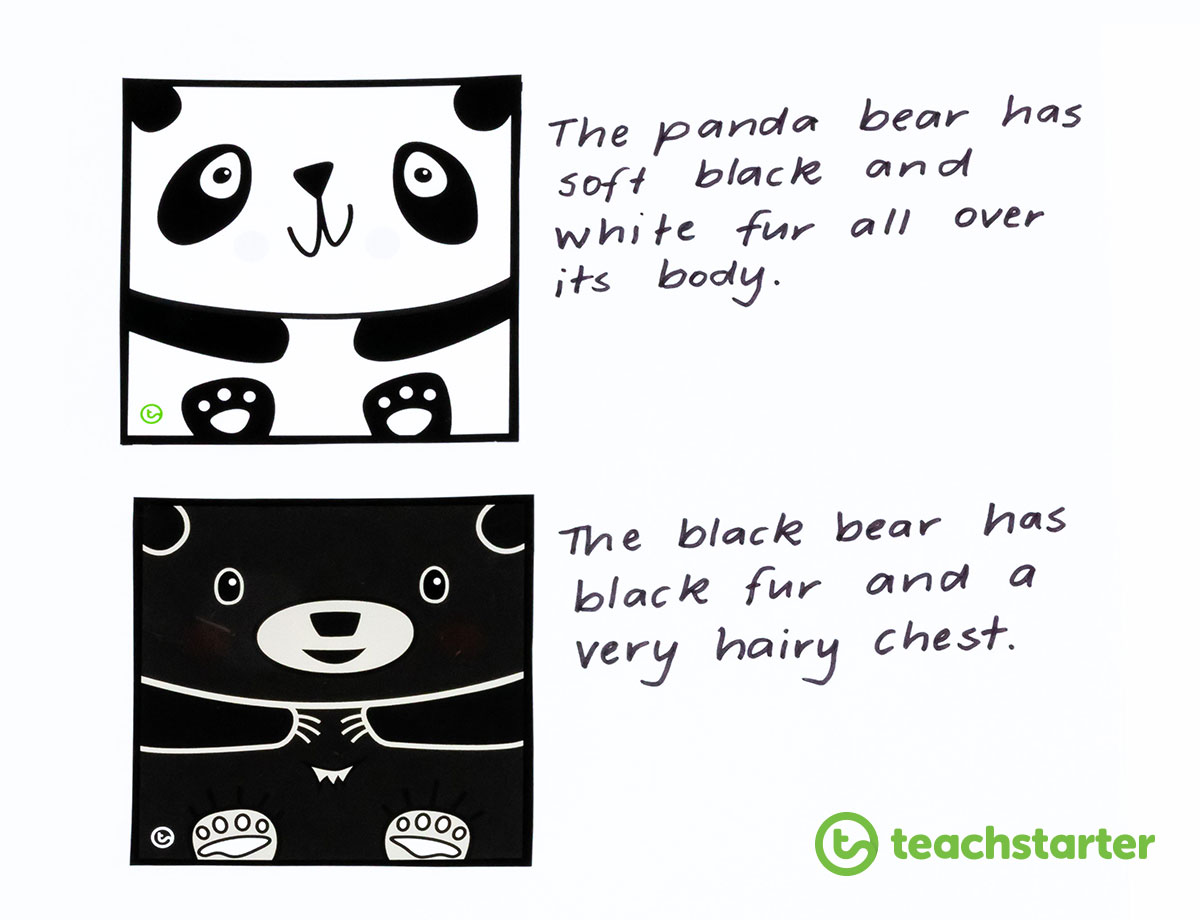 Don’t forget, the Bear Squares also come with a blank grid for students (or fun-loving teachers) to create their own bear squares!

So, what are you waiting for?

Don’t be a square bear, use some Bear Squares in your class today!