If anyone had told you how much time you’d spend dealing with tattling in the classroom, you probably wouldn’t have believed them. And yet, here you are, trying to figure out how to stop tattle telling in the classroom so you can just get back to what you signed up for: Teaching.

There’s scientific proof that tattling is rampant in kids in the primary grades. When researchers from the Queen’s University Belfast in the UK spent 66 hours observing preschoolers over the course of a month, they documented 354 instances of tattling. The researchers 2010 study concluded that tattling actually made up the majority of talk about peers’ behavior to third parties!

Why Do Students Tattle?

Those same researchers from Belfast have some insights into why students tattle. For example, they noted that tattling is performed more frequently by dominant children, and it correlates with teacher reports of relational aggression.

One of the researchers in that 2010 study from Belfast moved on to Bath University (also in the UK) and in 2014 published another study on tattletales as the behavior relates to aggression. This time he found that tattling represented an intermediate step in social development somewhere between getting physical and figuring out interpersonal problem-solving. Another interesting insight? The study found that toddlers don’t gossip — they don’t sit around swapping negative stories about a pre-school pal. But they do run to adults to tell on them!

By the time kids hit 8 or 9, however, gossip typically takes the place of tattling. The reactions of peers can also play a role in the reduction of tattling — one study of teenage boys, for example, showed that those who were still tattling at this age tended not to be well-liked by classmates.

Insightful, but how do you stop all that tattling in your classroom?

How to Stop Tattling in the Classroom

For many young kids, tattling is their go-to option because they know something is wrong but they don’t know how to deal with it. In fact when psychologists asked 6- and 7-year-olds what to do in reaction to vignettes of children’s behavior, the kids thought tattling was the right way to deal with all wrong-doings. When they asked 8-year-olds, the answer changed. The older kids thought tattling was the appropriate response only to serious infractions — think stealing or cheating. Is it any wonder that tattling typically drops significantly by the time kids hit 8 or 9?

Teaching students how to analyze a situation and come up with alternate ways to solve a problem is a great way to help them decide whether or not they need to run to tell you what happened, if they can deal with the problem themselves, or if it’s something they can simply let go!

Get problem-solving teaching resources to help!

Teach the Difference Between Tattling and Telling

For us adults, there’s a pretty clear line between tattling and telling an adult about something serious. Not so much for young kids, as the studies have shown. In your efforts to curb tattling, it’s important to let kids know that it remains important to speak up when something sets off alarm bells — whether it’s bullying behavior or someone is in danger. Outline the difference for your students, and let them know where to turn when they feel they need to “tell” an adult that they need help.

Once kids have analyzed a situation and decided it’s a problem they can solve it themselves, they need the tools to do so! Teaching conflict resolution as part of your social-emotional learning lessons helps arm kids with the know-how they need to handle conflict on their own without having to run to you to tell you all about how Johnny just took Jamil’s pencil.

Practice brainstorming solutions with your students. Talk about common issues that happen in the classroom that typically prompt kids to tattle, and ask your students what else they could do instead of telling you. Create an anchor chart that can be referenced when kids are struggling with what to do.

Role-playing can help kids better understand that’s a “tattling” issue they should resolve on their own or a “telling” issue that warrants going to you or another adult. Come up with a list of different reporting scenarios and tattling scenarios. In pairs or small groups, students should act out a scenario and then decide what they would do. When the class comes back together after this group work, have a whole class discussion about each scenario. 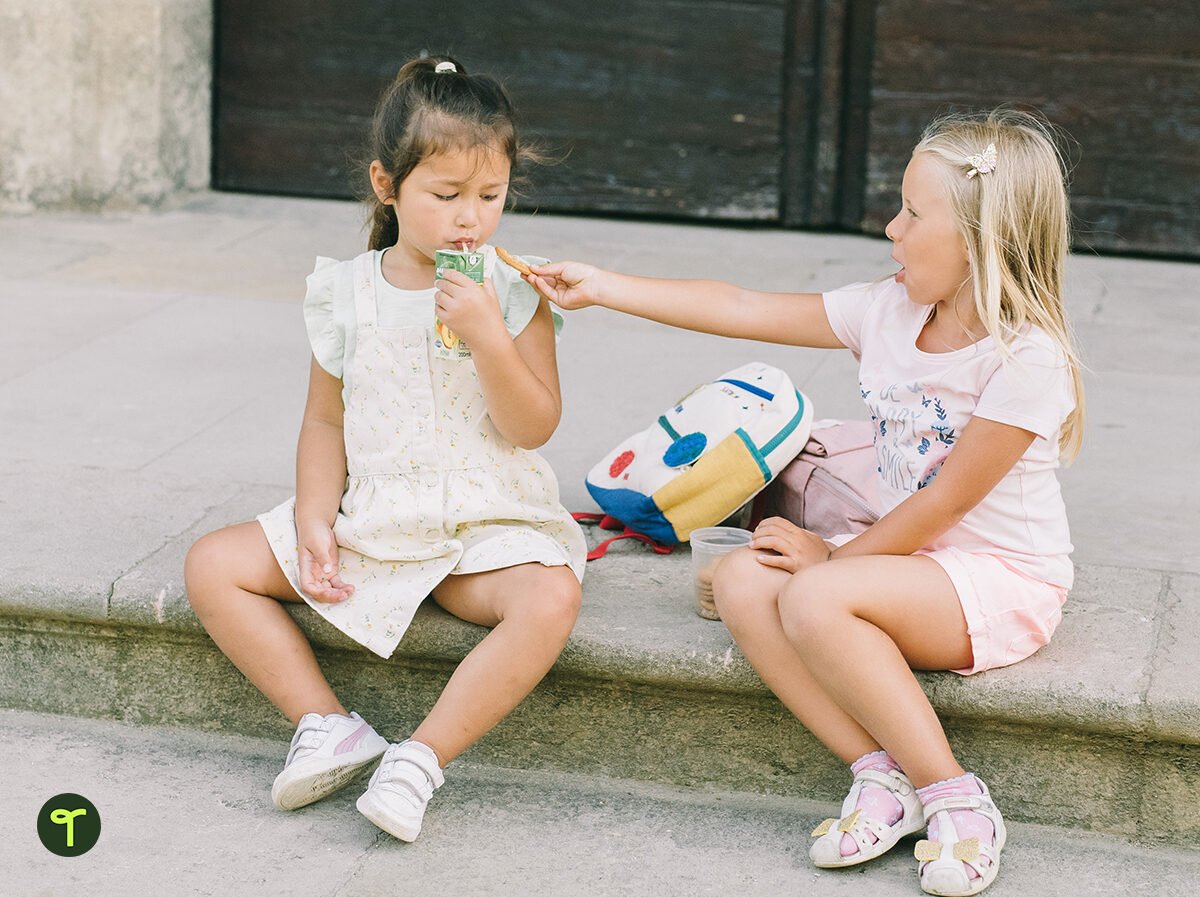 Set Up a Peace Table

This idea from Maria Montessori’s bag of tricks can work in a public school setting too — and they’re an invaluable tool for providing a space for students to resolve conflicts. Find out more about how to set up your peace table.

The Godfather went to the mattresses, but you’re a teacher, so go to the books! Some classics to open up a class discussion about what it means to be a tattletale and how to curb the behavior include:

How Do You Deal With a Tattling Student?

Still have some kids who just can’t help themselves and are constantly reporting on their classmates? When you’re dealing with a tattling student on an individual basis, it’s helpful to get to the root of the behavior — both for you and for them.

Often kids come to an adult to tattle because they are struggling with how they feel about an infraction. Offering a hug or asking the child what they need themselves can go a long way.

Sometimes kids just need to get things off their chests! Create a jar or mailbox in your classroom where students can make reports of things that concern them — but make it clear that these reports will not be read regularly. If something rises to the level of needing to “tell” an adult, they should go through the appropriate channels for an immediate response.

If you’ve got a student who just needs someone to talk to, provide them with that someone! Designate a stuffed animal as the classroom’s official reporting center — and allow students access to the toy so they can tell them when they’ve been wronged.