As a teacher, working with shy students can sometimes present a challenge. You want to support every child in the classroom, but you know you have to walk a fine line when attempting to draw them out and encouraging class participation. One shy student’s gentle encouragement to come out of the shell may end up being another shy student’s worst nightmare!

So how do you support shy students in a manner that builds their confidence and helps them join the classroom fun? We talked to the experts to get some tips to help you help the shy students in your classroom!

Expand students’ emotional language with a printable poster for your classroom!

Why Are Some Students Shy?

When it comes to dealing with shy students, understanding the root of the issue is a good way to start. Scientists who’ve studied shyness estimate that as much as 30 percent of those who we’d describe as shy are the way they are for one simple reason: genetics! Other students may show signs of shyness because they’re in a new and unfamiliar environment — often common in younger children who are new to school or students who are new to the district.

Finding out why a student is shy comes down to doing a little digging into their history says Dr. Nikki Lacherza-Drew, PsyD, a licensed psychologist from Allendale, NJ.

“Talk to past teachers and parents!” she advises. “Shyness typically doesn’t just come out of nowhere, and most parents and teachers will take notice in preschool or kindergarten.”

Occasionally there is a more serious cause for concern, and if something feels off about your student’s shyness, it’s best to reach out to your student’s parents and your school guidance department as soon as possible.

Post these Calming Strategies prominently to help students handle anxiety and other feelings that can become overwhelming.

“It is important to have the student appropriately observed and even tested to rule out the possibility of a learning disorder or other neurodevelopmental disorder,” Lacherza-Drew says. “Be proactive instead of reactive and try to get to know the students — not just have them as a number in the classroom.”

Don’t feel that your student’s shyness rises to that level of concern? We asked the experts to share some other helpful tips for teachers to support shy students. 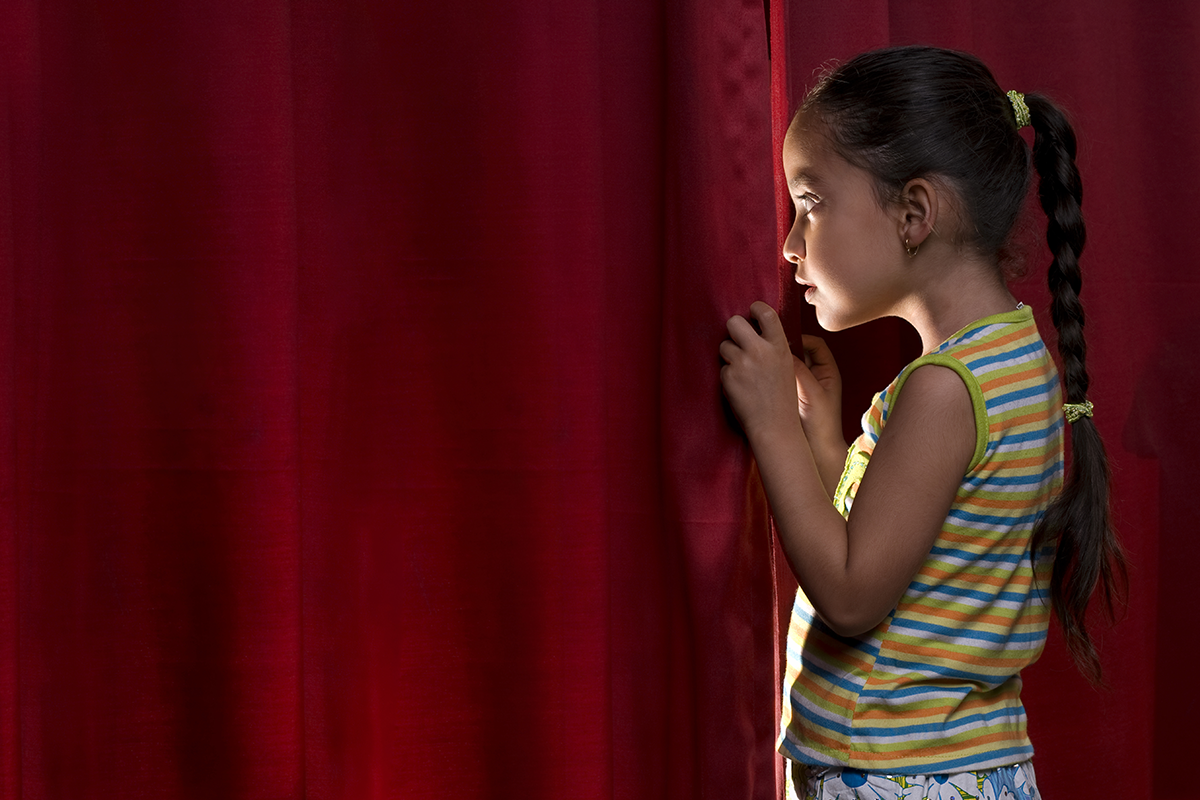 Encourage and Support Shy Students in Your Class

Remember They’re Not Doing This on Purpose

Shy students may come off as insubordinate, Lacherza-Drew warns, and treating a shy child as you might one who is being naughty can only exacerbate the symptoms.

“Too much anxiety doesn’t allow our brains to appropriately process or recall information,” she notes.

In fact, shy students who are afraid to ask questions can easily fall behind, and if they’re frequently anxious about having to participate in class, they may start engaging in school refusal, Lacherza-Drew says. This goes back to getting at the root cause of the behavior and meeting students where they are at.

Plenty of elementary students love to talk. How many times have you had to say “save it for after class”? But for shy students who don’t tend to speak up, you’ll want to start with non-verbal ways that they can communicate with you so that you can begin to build that all-important teacher-student relationship.

Let Them Move at Their Own Pace

“Adults have good intentions, but oftentimes they have their own set of expectations from how they were raised or how they parent,” says Audrey Grunst, licensed clinical social worker and CEO of Simply Bee Counseling. “It is not fair to place those personal expectations on a student.” Instead, she suggests taking cues from your student and following their lead as to how quickly they can move along the path in developing social skills.

“Punishment is not effective in changing behavior,” Lacherza-Drew reminds teachers. On the other hand, positive reinforcement can go a long way in helping shy kids slowly modify their behavior.

“At the beginning, the smallest change in behavior for a shy student, such as using that sticky note or going up to the teacher to ask a question … REWARD IT!” Lacherza-Drew advises. “Show the student that you are noticing what they are doing, you appreciate the effort and want them to continue the behavior.”

Rewards can be as simple as a few stickers or a special badge.

Choose from dozens of positive reinforcement resources for elementary school.

Are there specific things that cause your shy students to retreat and become more introverted? You can talk to the student, their parents, the guidance department, or past teachers to find out what their triggers are, Lacherza-Drew says. Next? Talk to the student and work together to problem-solve.

“You might be surprised by what they come up with!” she says.

“Comments like ‘why are you so shy’ or ‘don’t be shy’ are not helpful,” Lacherza-Drew warns. “The student has most likely heard them from others and this may only further embarrass them.”

Give Them a Job

When handing out jobs in the classroom, opt to make assignments instead of (or in addition to!) letting children volunteer. This way a shy student gets a job too, and you can pick something that is in their wheelhouse.

“Are they responsible? See if they will run teacher errands outside of the class,” Lacherza-Drew says. “This pulls on their strength but also encourages socialization.”

If they can’t stand up in front of the class or read aloud, don’t make them. Just as all kids learn differently, all kids interact differently!

Be Mindful of How Their Shyness Affects Their Learning

What are your best tips for helping shy students in your classroom?