Do you introduce letter names or sounds first?

This is a widely debated topic. A lot of research suggests that the teaching of single letter sounds are far more important than the ‘names’ of the letters when it comes to phonics and reading. Therefore, you should teach the sounds letters make first and then teach the names of the letters. A lot of teachers find this works for them. However, I have always taught both letter names and the sounds they make simultaneously.

Of course, you do what you believe is the best for your students. Exposing students to both the names of the letters and the sounds they make at the same time is my preferred approach. 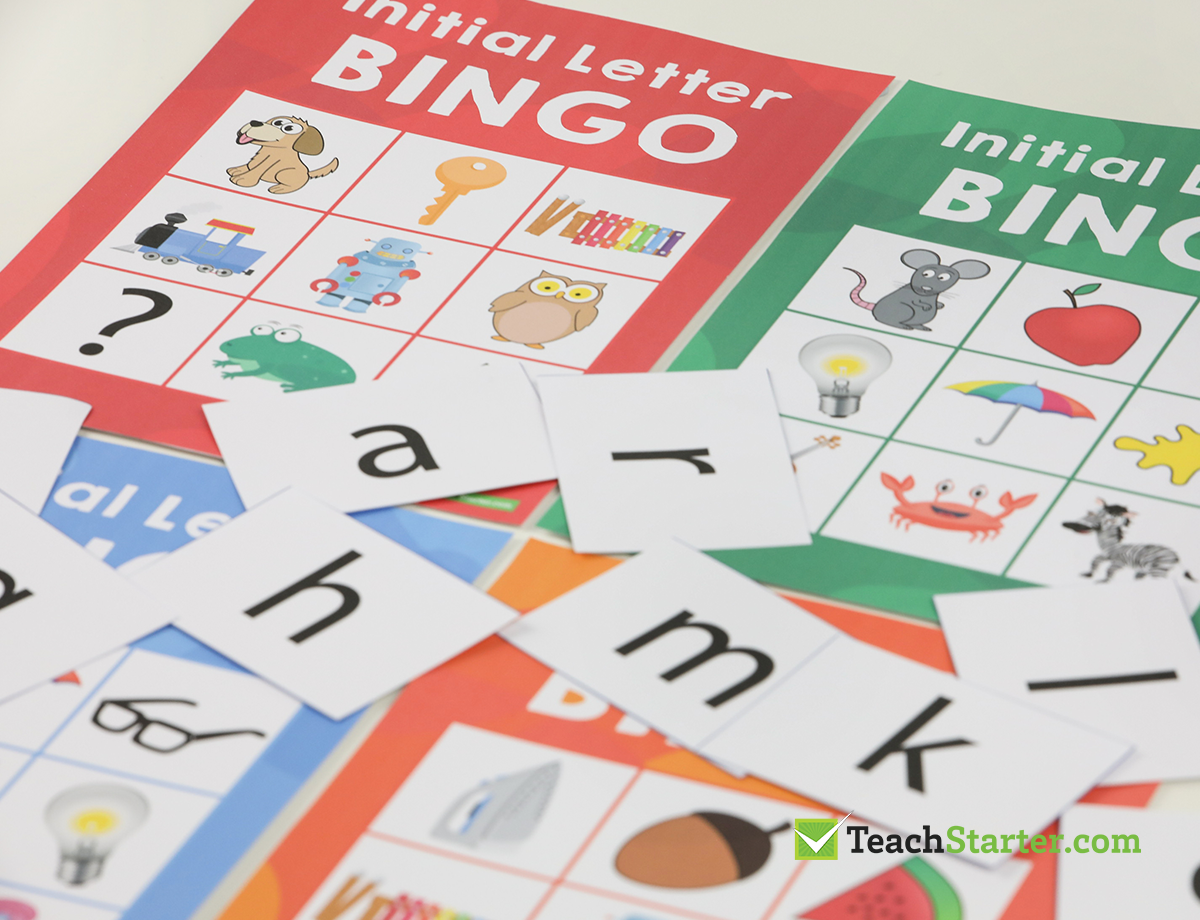 We have so many fantastic resources that you can use in your classroom to expose your students to the letters of the alphabet and their sounds!

This gorgeous set of Initial Letter Bingo Cards are perfect for a small group or whole class activity.

What order do you teach letter names and sounds?

In my classroom, I taught the letters and sounds out of order.

Some phonics programs outline the order to teach the single sounds, often introducing a few simple digraph sounds early on. For those that may not have a phonics program to go by, I like this order of introducing single letters and sounds: 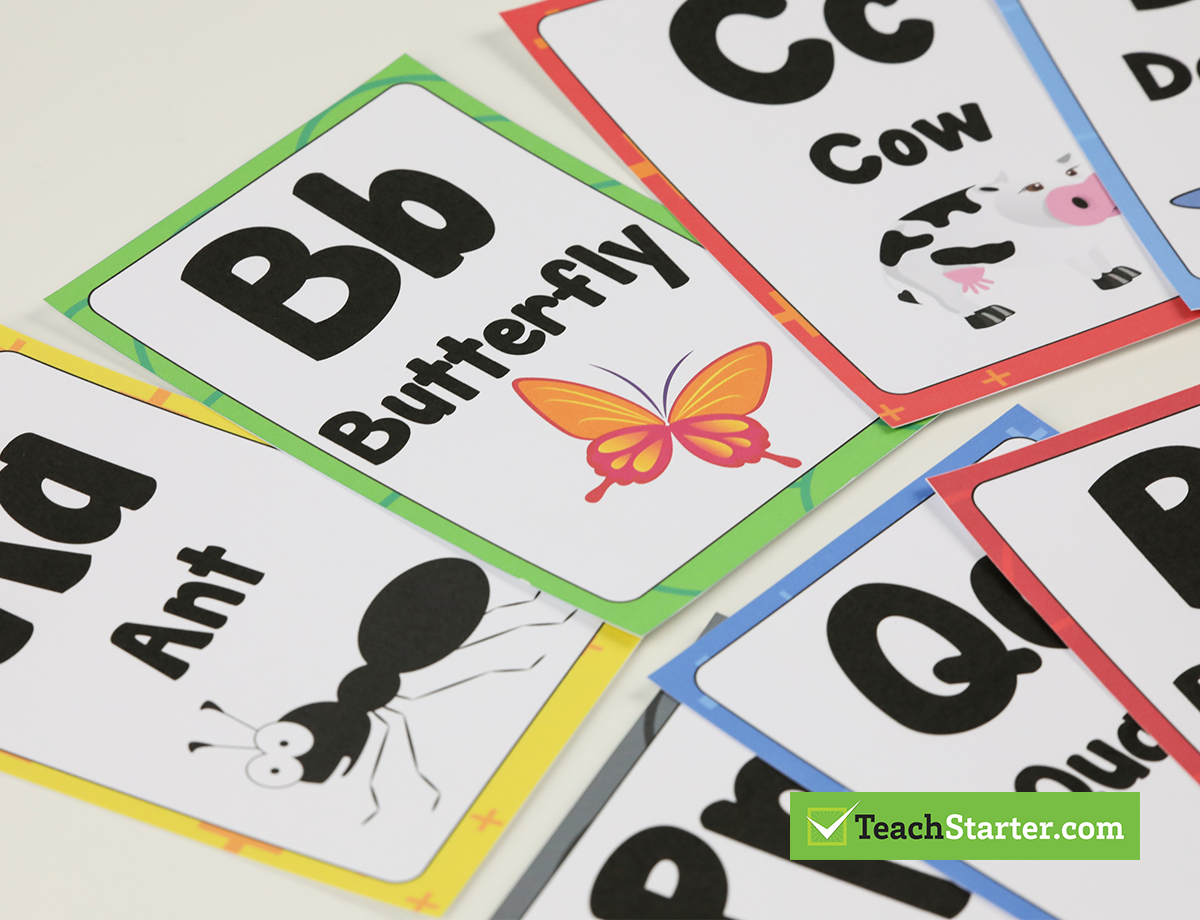 I would normally focus on one letter and sound a week. However, during this explicit teaching, it is still important to expose your students to other letters of the alphabet. Both uppercase and lowercase letters.

By displaying these gorgeous Alphabet Charts in your classroom, you will be continually exposing and immersing your students in the alphabet. 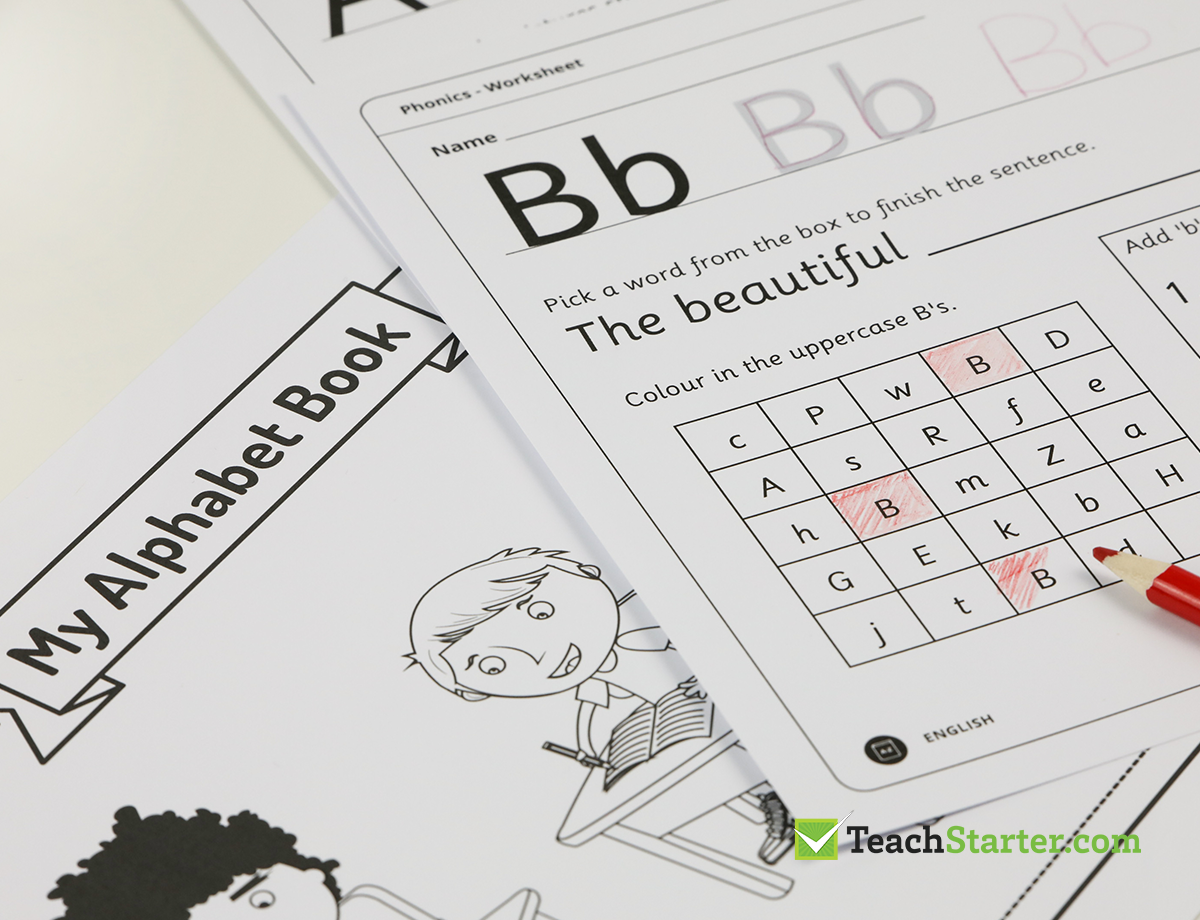 This Alphabet Book – Letter Worksheets is a fantastic resource to use in the classroom when teaching students how to identify and name the letters of the alphabet and the most common sound they represent.

Incorporating a variety of hands-on activities into the classroom is crucial to your students’ knowledge of the name of letters and the sounds they make. Immerse your students in alphabet land! Students need to be exposed to the letters and sounds as much as possible.

Your students will be begging to learn about letters and sounds with our fun, super cute, alphabet resources.

This is one of my most favorite alphabet activity ideas! Don’t be scared, it looks a little messy, but I can see this being an easy process in the classroom. 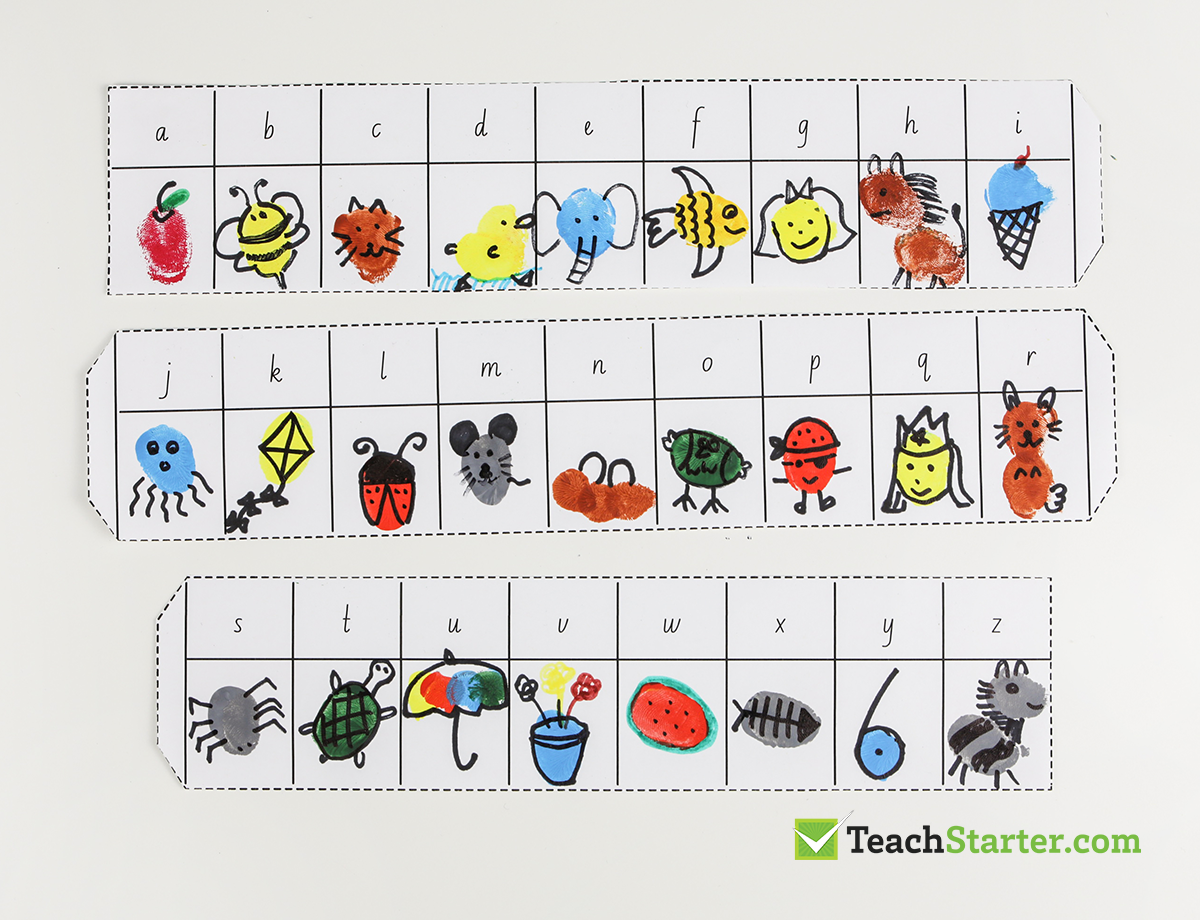 I would only be introducing a letter a week. So it would be the routine!

What a fantastic way to review the letters and sounds already taught! Once complete, you can laminate the strip and stick it to your students’ desk as a daily reminder! Download the teaching resource template today – Alphabet Detective Fingerprint History.

Kids love using play-dough and it is such a tactile activity.  Check out our Alphabet Play-dough Mats for fine motor development and letter recognition. Both lowercase and uppercase have been used on these play-dough mats.

This is another debate; do you introduce both lower case and upper case? Again, there are arguments for both sides. In my classroom, I introduced both at the same time! I found this less confusing for the students when looking for letters in books and signs. 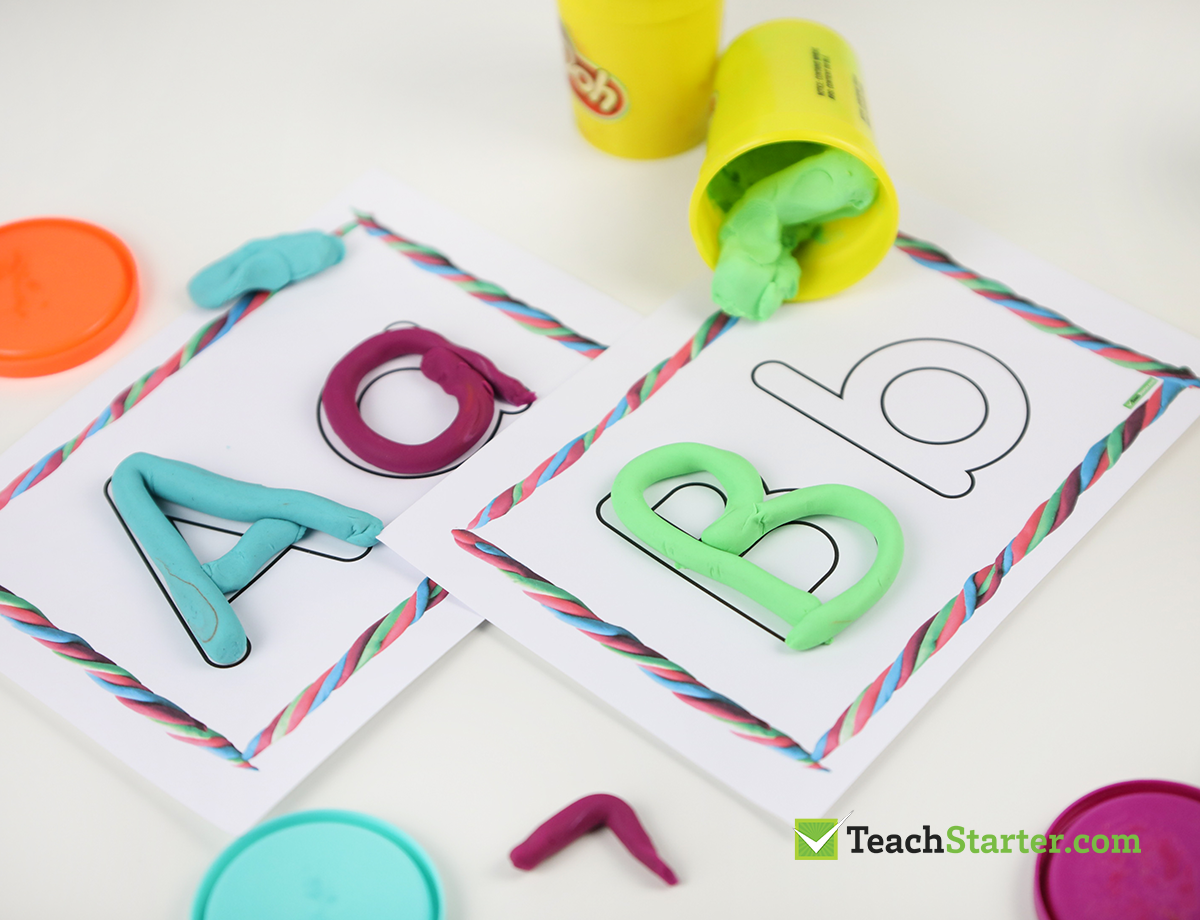 Download and laminate our Alphabet and Picture Cards. This resource is a simple resource that keeps on giving! There are so many fantastic ways to utilize them in the classroom. 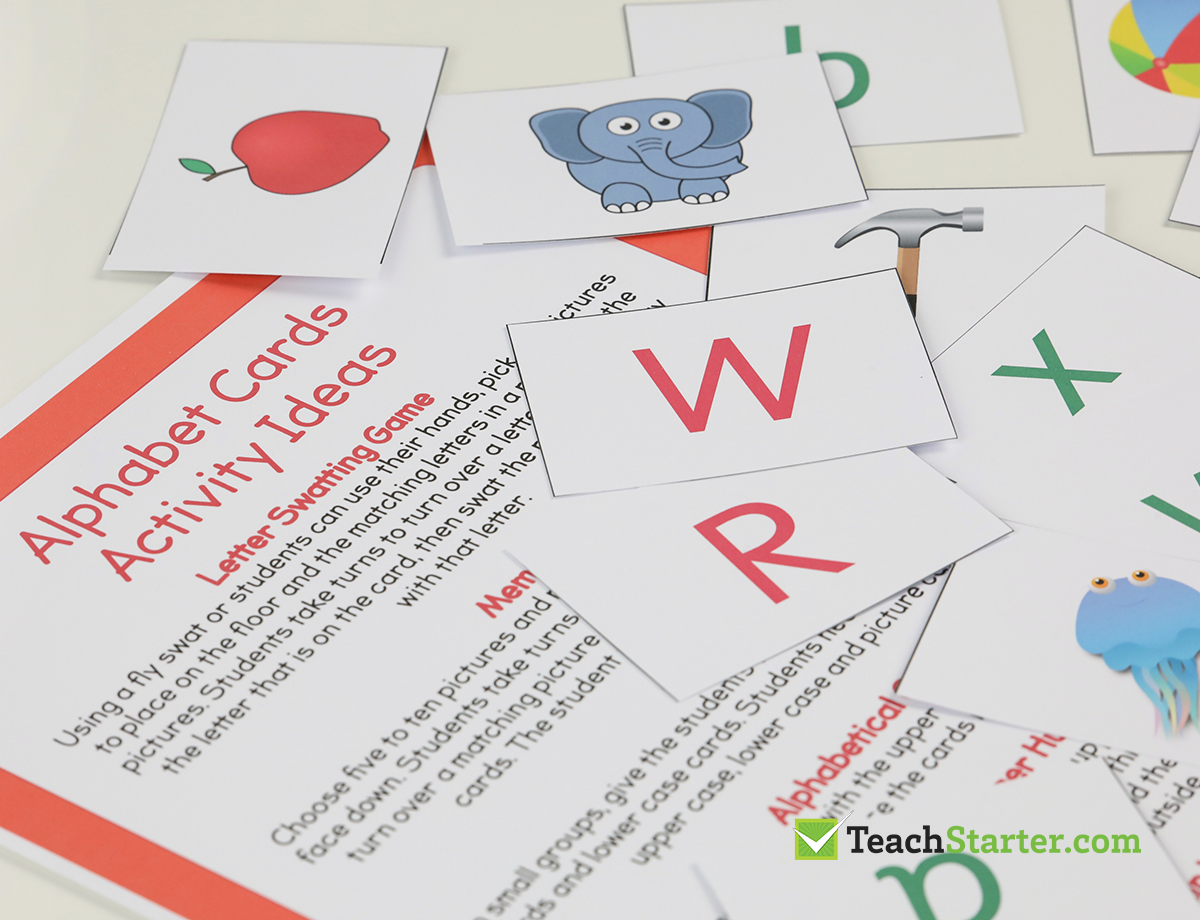 Using a fly swat, or students can use their hands, place ten pictures on the floor with the matching letters in a pile beside the pictures. Students take turns to turn over a letter. They must say the letter that is on the card, then swat the picture that starts with that letter.

Choose five to ten pictures and matching letters. Place each card face down. In pairs, students take turns to flip over two cards. Once they turn over a matching picture and letter, they get to keep these cards. The student with the most cards wins!

Provide each student with the uppercase letter and lowercase letter cards. Have students place the cards in alphabetical order.

Give each student a letter from the uppercase or lowercase cards. Students need to find as many things that start with that letter. They can look in books, around the classroom, or even go exploring outside!

Give each student a picture card and lowercase card (they do not have to match). The aim of this activity is for students to create a ‘train line’. The student that has the letter ‘a’ starts by placing down the card. The student who has the picture that starts with the letter ‘a’ then places their card down. The process continues until all of the cards have been placed down in a long line in alphabetical order.

This is a gorgeous vibrant and fun activity that can be done independently or in a small group to help consolidate your students’ knowledge of uppercase and lowercase letters. 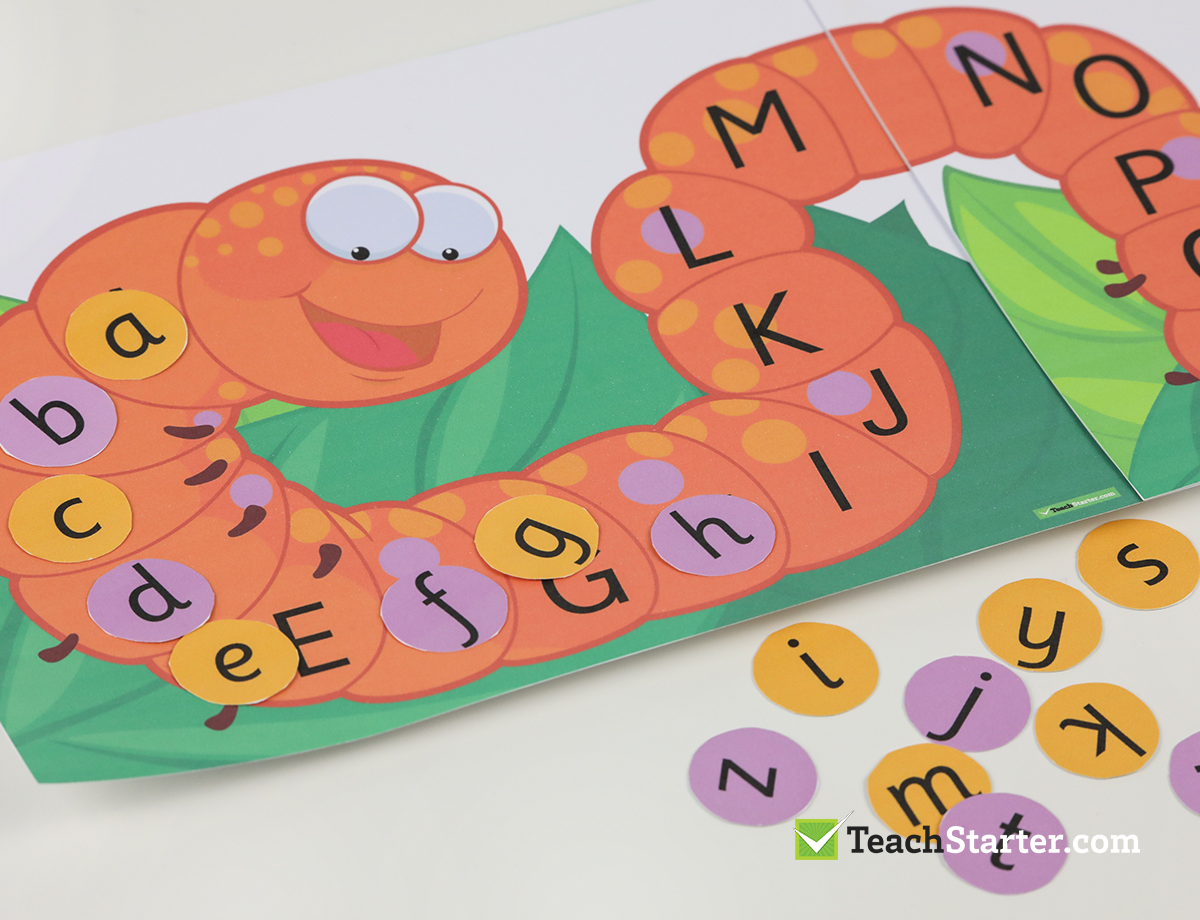 Recognizing Uppercase and Lowercase Letters on a Keyboard

This activity is a great one to do with your high achieving students, or even after all letters have been introduced. A great visual activity where students find the hidden letters on and around the keyboard, they then add the missing letters to a series of simple descriptions. 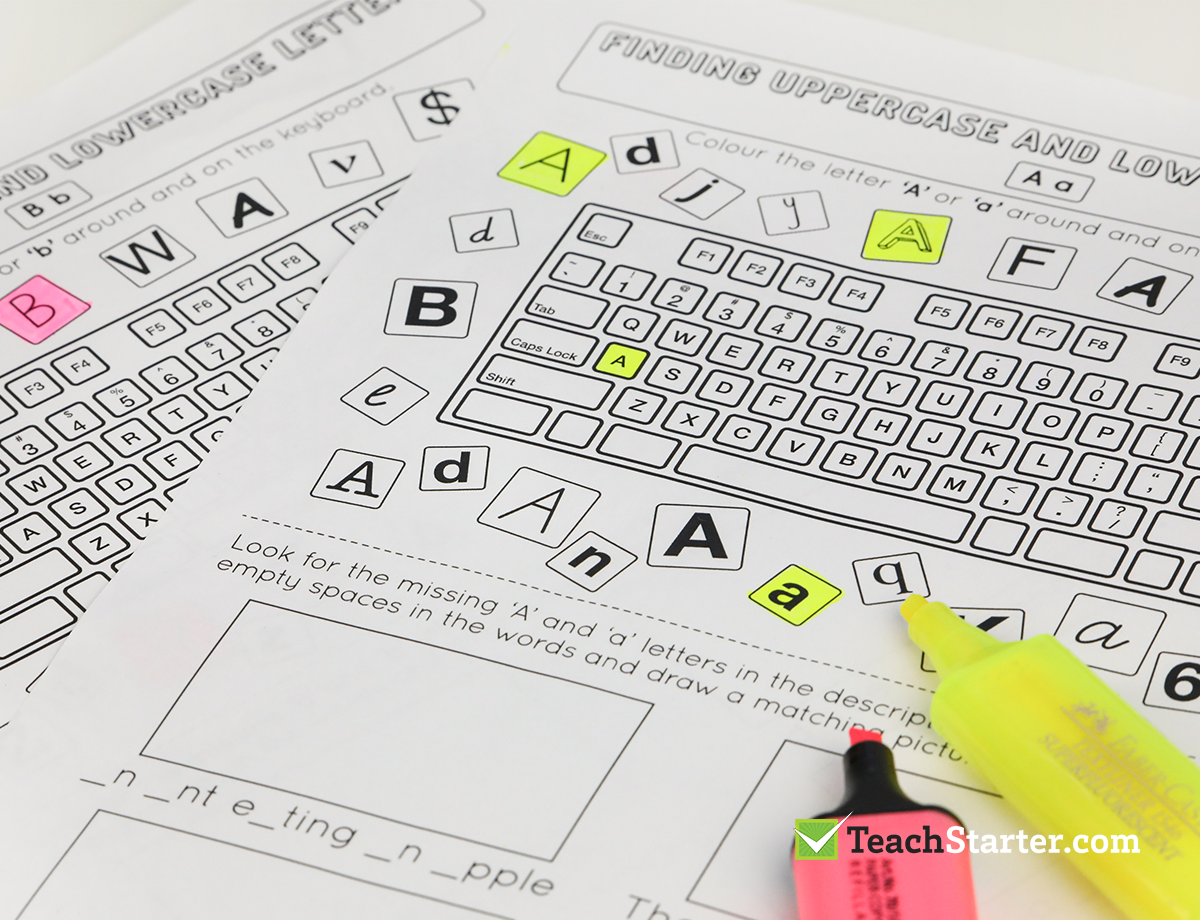 For more classroom activities and teaching resources for the alphabet, check out our Alphabet resource collection.

We know that teachers tackle introducing letters and sounds in slightly different ways.

We would love to hear from you, what works in your classroom?