Is your class getting ready for the Olympic Games? They may only show up every two years, but the international sporting events represent unique learning opportunities for kids, and we’ve got some of our favorite Olympics activities for students from pre-school to the upper elementary grades!

Including crafts for the younger kids that can help them learn about shapes and more advanced projects for the older kids, these can be incorporated into your regular lessons for real-world learning.

Prior to the start of the games, athletes will take part in the traditional Olympic Torch Relay from February 1 through February 4, carrying the lit flame to the stadium in Beijing.

We know it seems a little obvious to start with geography, but then again, if it’s obvious can we really leave it off the list? Mapping the various locations of the Olympic Games host cities around the world helps kid build their spatial reasoning skills while also making sense of their place in the world. You can get a full list of host cities from the Olympic Committee, including future cities.

If you have a map of the world in your classroom, you can make this a classroom activity, adding pushpins to the spots where athletes have competed. You can also print out individual world maps for your students to label individually.

Learn About the Olympic Rings

The Olympic Rings are iconic. Made of five interlaced circles, each a different color, the rings debuted at the 1920 games in Antwerp Belgium. The rings represent five continents (yes, two of the seven are missing), opening up discussions about everything from the continents to basic shapes, depending on the age level of the kids you’re teaching.

Some ideas for incorporating the rings into your lessons this winter include:

The five continents represented in the Olympic rings are Europe, Asia, Africa, Australia, and America (North and South America are combined). Teach your students about the history of the five rings, and challenge them to write a persuasive letter to the International Olympic Committee, explaining why another continent should be added to the rings.

The easiest idea is for the pre-school set — use ring-shaped objects such as cups and juice container caps and cups of colored paint to “stamp” your own Olympic rings. It’s simple but fun for the younger learners as an activity to reinforce shapes. For an upgrade on the craft from above, this Olympic Ring Smudge Craft is perfect for art class or decorating the classroom to celebrate the Olympics. You’ll need pieces of cardboard cut into circles of equal size, oil pastels in the five colors of the Olympic rings (red, blue, green, black, and yellow), and of course pieces of white paper or cardstock.

Place the first circle down and color with a blue pastel on the inside edge of the circle template, smudge outwards creating the bursting effect. Once you have finished the blue, get another circle and repeat for each of the Olympic ring colors. Place value activities don’t get much more real life than this — track the number of medals Team USA has collected day by day with a chart in your classroom.

Want to make the activity more exciting? Use this Olympic Medal Count table to count the bronze, silver, and gold medals for a host of different countries. Students can keep track day to day of which country is in the lead, and end the Olympics celebration in the classroom by creating a graph to represent the data.

Use the Olympics as an opportunity to learn about the various flags of countries around the world. To add the Olympic flair to the activity, try this flag sequencing activity using the names and flags of the countries in the Olympics. 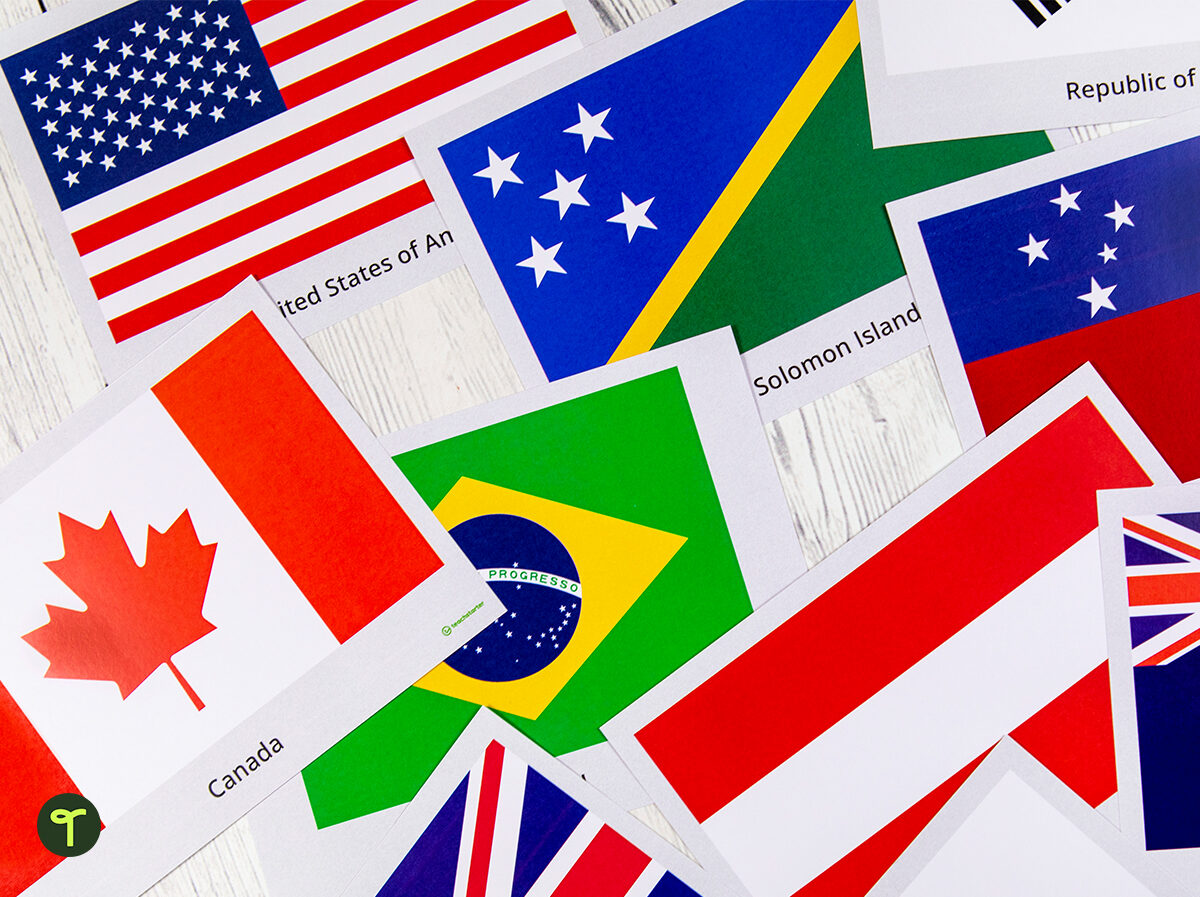 Provide your students with a list of Olympic athletes from the past or present, and let them choose their favorite to create a biographical text.

Give your young writers an athlete profile template as a scaffold as they create a report on their chosen athlete and challenges they’ve encountered as they’ve worked toward becoming an Olympian. Challenge your students to design their own uniform for Team USA using our Team Uniform worksheet, have students imagine they are going to represent their country at an international sports event. They have to design a uniform for their team to wear during the event. Creating an Olympic torch isn’t just fun to celebrate the games — it can also be a great craft to download now and use during field day or when you’re having your own class Olympics at another point in the school year. 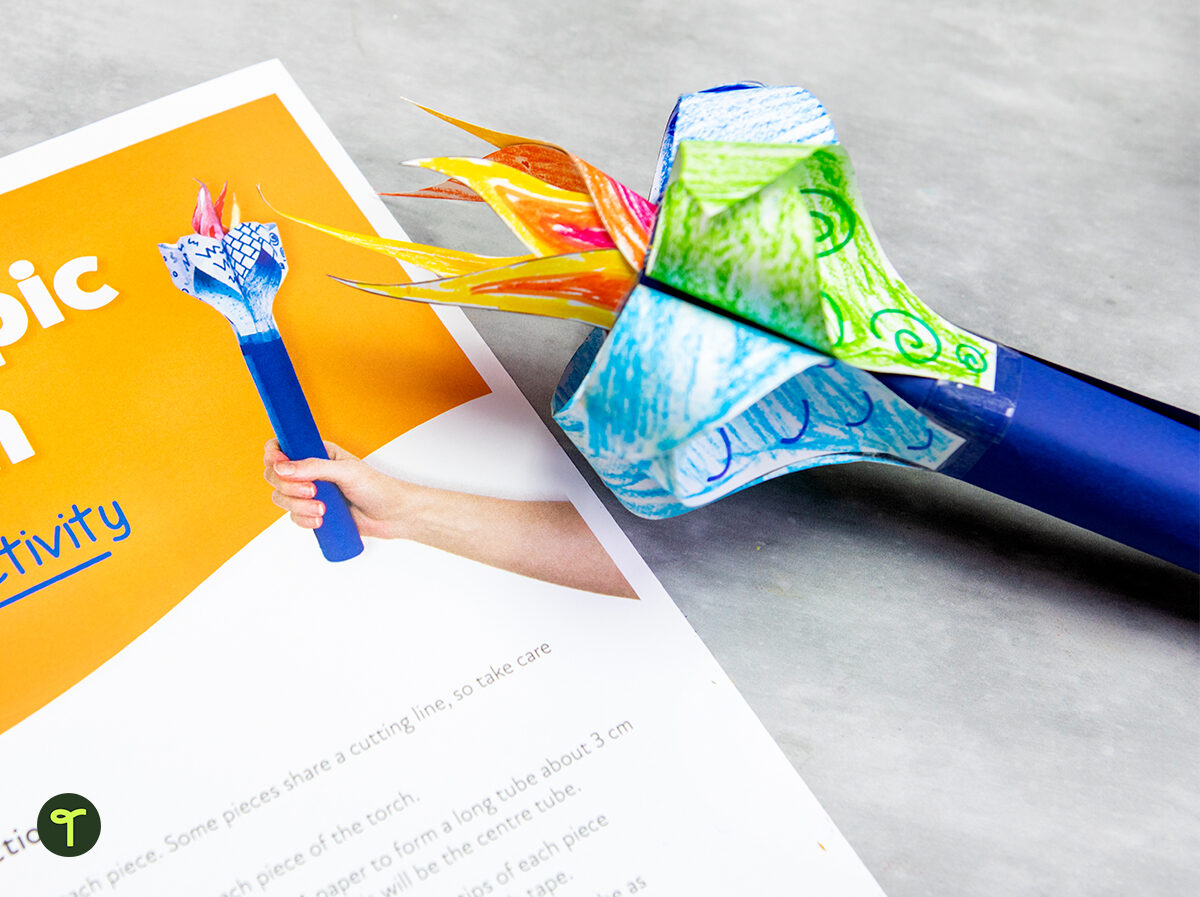 Is there really any better way to celebrate the Olympics than by throwing your own mini Olympics in the classroom? Use the challenge for a day when recess is held inside because of inclement weather, make it a special reward that your students can build toward, or perhaps make it a nice way to end your mythology unit. This is just a start … get more Olympics activities and resources for teachers, designed by other teachers!